Every year we summarize and analyze all the malware incidents encountered by our 400 million plus users and blocked by the Avast threat detection network. We identify the newest attack trends and publish the data in our annual Risk Report. Fresh off the press, The Avast Global PC Risk Report 2020 includes learnings from 2019, and one of the biggest takeaways is that malware attacks on businesses have gone up worldwide compared to the previous year. 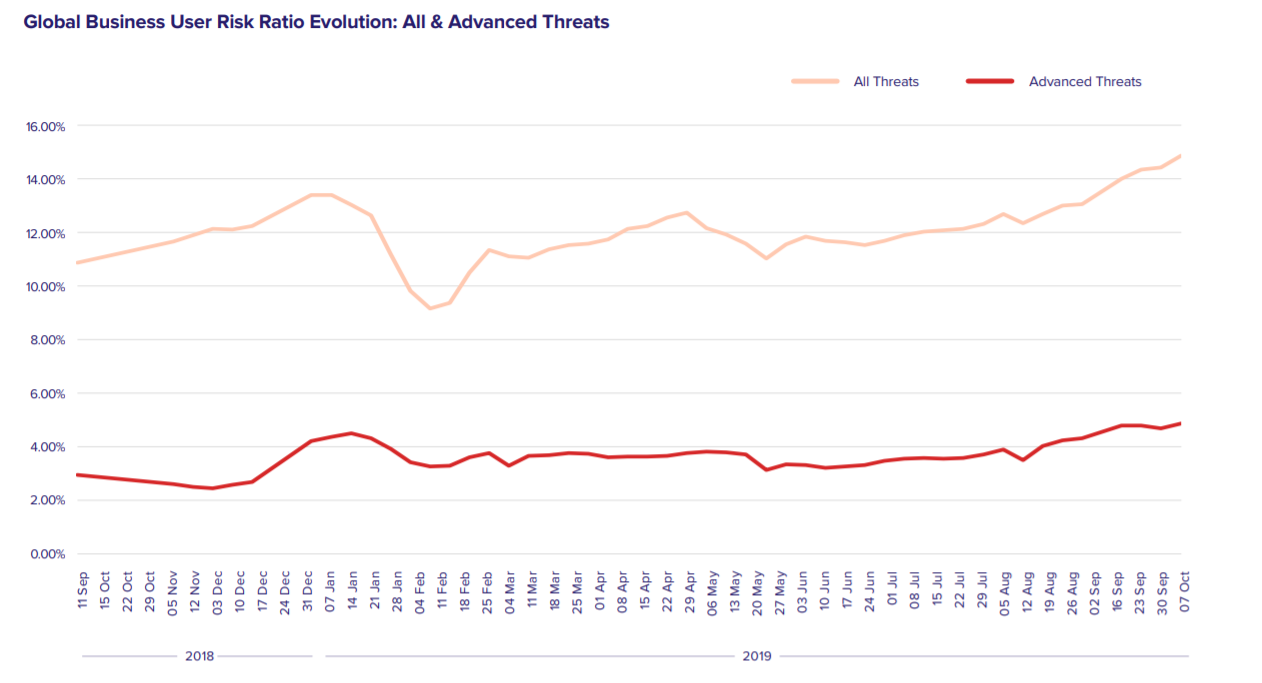 Last year, the average risk globally of a small or medium-sized business (SMB) encountering malware was 11%. Over the last 12 months, that risk has risen to 15%. Despite the use of IT measures and protections, many company servers are still vulnerable.

Threats causing a single incident and coming from pre-existing malicious code are considered “simple threats.” The more sophisticated ones that come from organized groups like nation-state hackers are known as “advanced threats.” While the risk of being targeted by an advanced threat is relatively low for an SMB, it did go up in 2020, rising from last year’s 3% to this year’s 5%.

“Cybercrime is a professionalized business, and cybercriminals are constantly looking for new and effective ways to attack people around the world.” Says Avast CEO Ondrej Vlcek. “Cybercriminals often do not discriminate between targets and simply carry out mass attacks to reach as many potential victims as possible, with many people and businesses simply affected as collateral damage from a blanket attack.” 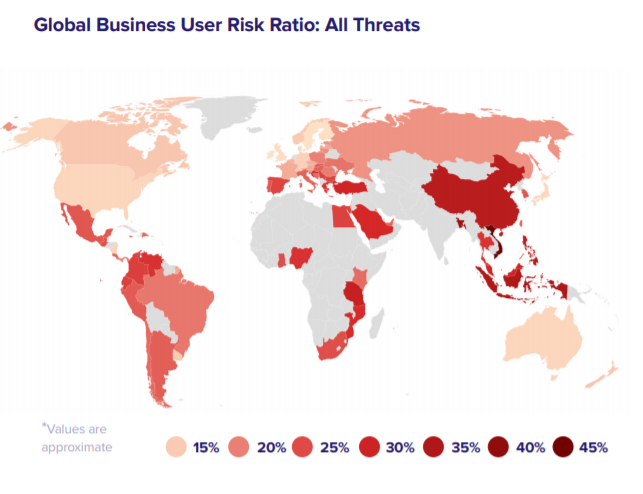 Our data showed that the country where business users were most likely to encounter threats was Vietnam with a risk ratio of 45.93%, followed by Bangladesh, Indonesia, and China. The country facing the least business user threats was Ireland with a 10.79% risk. Others in the “least at risk” category include Sweden, Finland, and the U.K.

“In the United States, the likelihood of a home user coming across any type of threat increased 49% within a year, from 13.8% to a 20.5% chance of encountering a threat,” says Avast Security Evangelist Luis Corrons. “Americans have a 5.0% probability of facing an advanced threat, an increase of 34% from the previous year where the risk ratio was 3.7%.”

“The rate of innovation within businesses is only outpaced by the rapidly evolving global threat landscape,” added Luis. “Businesses need to take a layered security approach to ensure they’re protected on the network as well as at endpoints, as a means of mitigating against the prevalent and advanced threats outlined in our report.”

Learn more about protecting your SMB from cyberattacks from our useful guides:

Keep simple and advanced threats from endangering your company. Avast Business has all the trusted products, services, and platforms you need to protect your business.

For years, it’s been a best practice to have separate systems and devices for work and home. Findings from a new survey carried out by Avast underscore the fact that companies and employees aren’t following this best practice at an alarming rate.

Introducing a new tool for businesses to better understand their networks

As well as gaining better visibility into the IT network, Network Discovery provides users with the capability to keep track of unauthorized devices accessing the business network.

Avast Business Antivirus Pro Plus earns the Top Product award from AV-TEST for the second time in 2021.