Ransomware: The top 3 reasons you should never ever ever (ever) pay 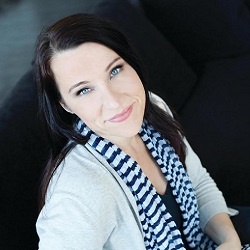 You don’t have to be a victim of ransomware. Avast offers expert advice and security tools to keep you in control of your files, data, and information.

This is just one way a ransomware attack plays out. Several variations of this increasingly prevalent malware exist, including a virus that locks your entire computer, giving you only a screen for entering payment information. Then there’s the version that copies personal info and blackmails you to keep it from going public. There’s even a strain that just aims to scare you with empty threats and doesn’t do anything to your computer at all.

Ransomware is taking over. It accounted for 60% of all malware in the first 3 months of 2017, and there are more than 4 times as many variants in 2017 than in 2016. It’s dominated the news in the last month, from the worst-ever attack, WannaCry, to this week’s “Petya-based” cyberattack on the Ukraine, which took down major institutions like the postal service, the central bank, and large commercial enterprises. In less than half a day, the virus spread to India and Spain, before being contained and neutralized.

So what should you do if you are a ransomware victim. Three words: Do. Not. Pay.

You may be tempted to pay. Here’s why not to:

Protect yourself by preventing attacks

While ransomware attacks are increasing, so is ransomware protection and malware removal. After all, the good guys work harder than the bad ones. If you have antivirus software (which should have anti-ransomware tools, as does our new Avast Ransomware Shield, part of our updated and expanded Internet Security), make sure it’s updated. Do the same for your operating system (OS) and all software, programs, and apps. Actively securing your devices and information has never been more important.

In addition to making sure you install the best internet security you can and keeping your system updated to prevent attacks, you should also make regular system backups. Backups make you immune to attacks. These cybercriminals are betting that you don’t back up your files. Having duplicate copies of your files is the easiest way to foil their attack. We recommend you keep two sets of backups  – one cloud-based, and one on a hard drive that can be disconnected. If you have uninfected copies of all your files and data, hackers’ demands are meaningless.

For the cloud-based backup, you can use any number of services, including Dropbox, Google Drive, Microsoft’s OneDrive, and others. High-profile servers like these keep security measures updated and stay on top of prevalent threats.

For the backup on a hard drive you can disconnect, use any sort of external drive or even another laptop. Keeping it offline will ensure no corruptive force can infiltrate it.

So resist the urge to pay, but more important, take these simple, easily done precautions today and you won’t fall victim to this growing threat.