It’s still wise to stay vigilant when you are downloading new apps from the Google Play Store.

We recently highlighted the dangers of some applications that can be downloaded from the Google Play Store onto Android devices. Google is taking steps to address some of these issues ⁠— but is it enough?

Following in the footsteps of Apple’s App Store, there will soon be a data privacy and security section within the description of apps on the Play Store. According to Google, the initiative is meant to “help people understand the data an app collects or shares, if that data is secured, and additional details that impact privacy and security.” Google had first announced its plans for this initiative last year, and now, the plans are beginning to be rolled out. This new section will inform potential app users what types of data is being collected by the app and what permissions they use. 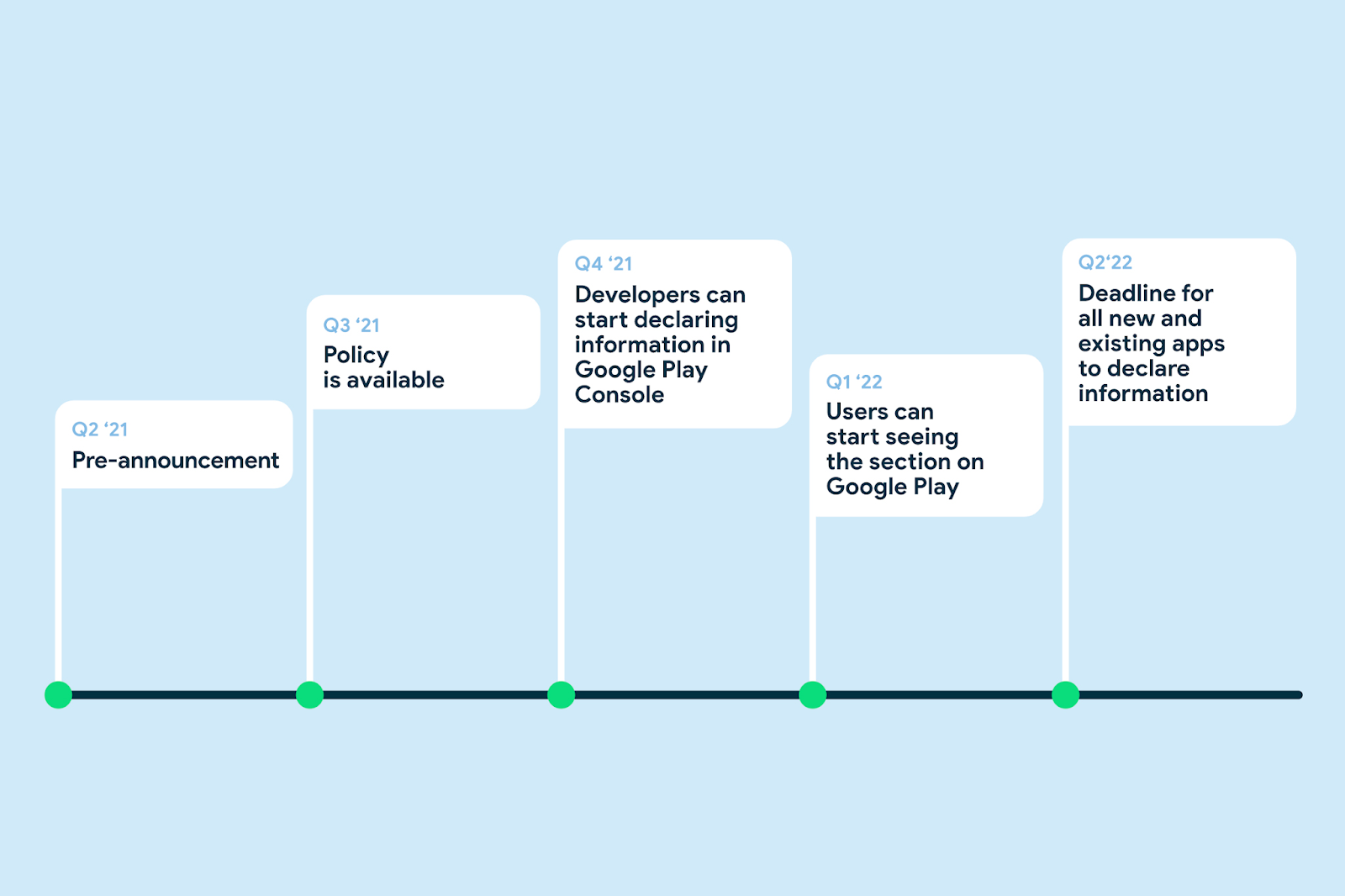 Of course, you will still need to use your own judgment to decide if a particular app needs to have certain permissions that collect sensitive data, such as your location.

The increased transparency of Google’s initiative is nice, but there are some serious shortcomings associated with this endeavor. For instance, the information included in the newly-added data privacy section is provided by the app’s developers themselves using an honor system, meaning that the claims are not independently verified by Google or any third party.

App developers can pay up to $6,000 to have their apps verified for privacy and security by an independent auditor; however, new apps with fewer downloads that are more likely to contain malware would be highly unlikely to do so. This is due to the fact that an audit would cover an app's encryption methods and a requirement of minimum permissions amongst other things.

It remains to be seen what type of an impact that the new data privacy section will have on developers and their apps, but in any case, it’s wise to stay vigilant when you are downloading new apps from the Play Store. Unfortunately, since there is currently a lack of enforcement or verification system in place, the additional information provided must be viewed with a healthy dose of skepticism unless it’s clear that an app has been independently verified.

On this installment of What Does The Internet Know About Me?, Emma McGowan takes a closer look at what data her Oura Ring is tracking.

What does your Apple Watch know about you?

This week on What Does The Internet Know About Me?, we take a look at the well-loved Apple Watch. What does this wearable tech, as well as Apple, do with our data?

The 38 member countries of the Organization for Economic Cooperation and Development (OECD) have recently adopted a new international agreement regulating government access to its citizens’ private data.