Remembering hardware and cyberattacks from the 1980s

For younger generations, it is hard to imagine a world without paper-thin iPads and phones that double as cameras and computers. But back in the 1980s, laptops and mobile phones were state-of-the-art technologies reserved only for the wealthy or young, modern businesses. In this article, we invite you on a trip down memory lane to remember the incredible advancements that, just a few decades ago, helped to usher in a new technological era. 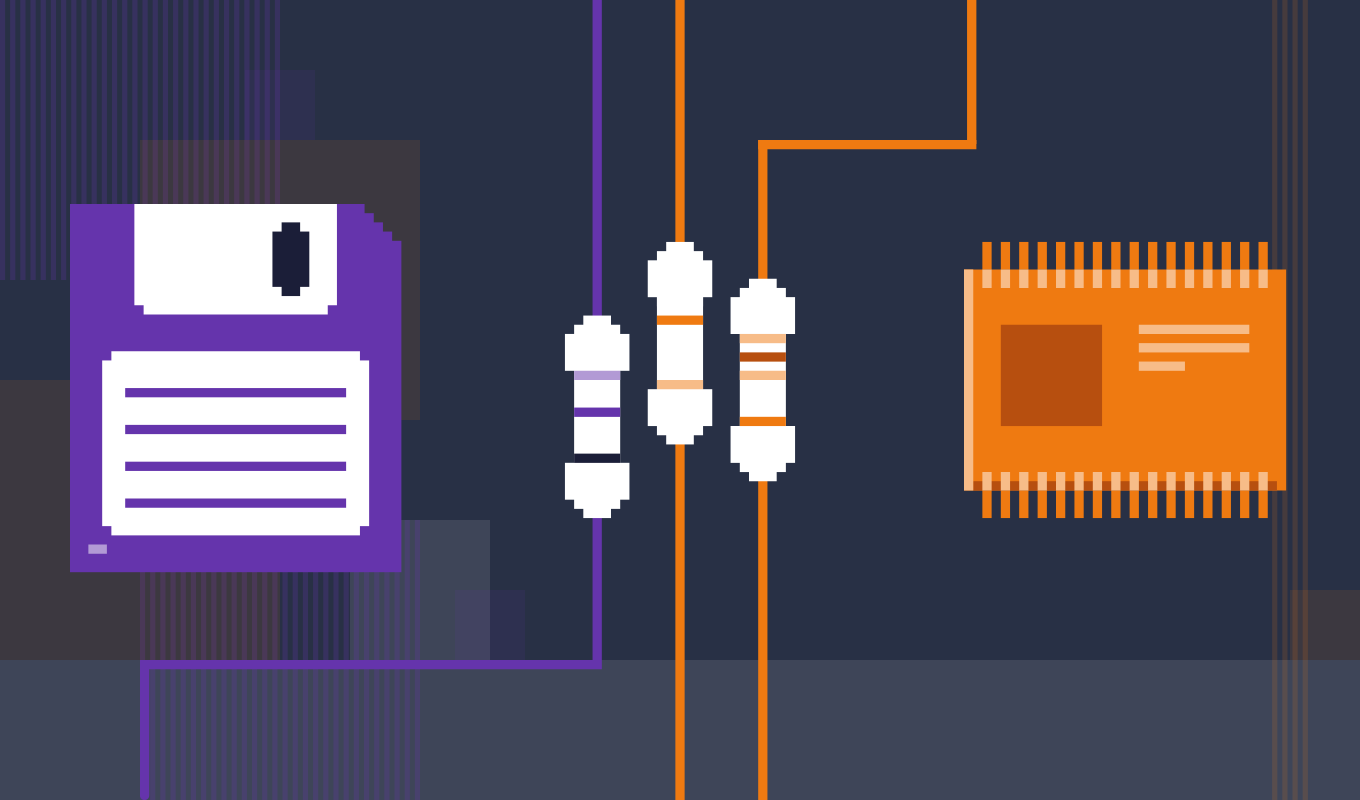 Before major developments in the size and cost of computer hardware in the past few decades, computers were mainly seen as exclusive to universities, big businesses, and government agencies. The 1980s changed this drastically - in ten short years, computers were made accessible to a wider audience and were used for a variety of purposes in homes, schools, and workplaces across the globe.

The invention of the microprocessor chip in the 1970s helped lead the way for the development of home computers in the 1980s. Before this, in the 1960s, circuit boards and off-line equipment, such as punch cards, were usually required to operate computers, making them extremely expensive and space-consuming.

Microprocessors not only made computers much easier to produce, but they also allowed them to be significantly smaller in size, meaning they became a great deal more affordable and home-friendly.

Motherboards developed rapidly in the 1980s due to the changes to microprocessors and similar technological developments. In the late 1980s, PC motherboards began to include single Super I/O chips that could support the increasing additions made to computer hardware such as the mouse, floppy disk drives, serial ports, and parallel ports.

Now a distant memory for many, or unheard of even to some, floppy disk drives were once integral to the structure of modern computer hardware. Floppy disks acted as a storage device that allowed software to be uploaded and data to be transferred between computers as well as backed up externally. Originally 8 inches in diameter, the 1980s saw the creation of floppy disk drives that were much smaller, between 2 to 4 inches, made possible by developments in the quality of recording devices.

The first 8-inch floppy disk, invented in the 1960s, had a storage capacity of just 80 kilobytes, however by 1986, IBM had introduced the first 3-1/2 inch floppy disk with 1.44 megabytes of storage space. Whilst meager by today’s standards, this was a huge development that significantly increased the ability of computers in the 1980s.

The introduction of the PC

1975 saw the release of the world's first PC, the Altair 8080, and was soon followed by the Apple I in 1976, and the Apple II in 1977.  However, it wasn’t until the 1980s that PCs were popularized on a large scale thanks to developments in hardware that made them faster, able to store more data, and more user-friendly. Here are the most iconic PCs of the 1980s.

The IBM PC, released in August 1981, was seen as revolutionary thanks to its speed, memory capacity, and increased functions compared to earlier PCs. With a 16-bit 8088 microprocessor running at 4.77 MHz, the IBM PC was up to five times faster than the Apple II and was able to hold memory cards that could increase its capacity to 256KB, a major step forward compared to the Altair’s feeble 256 bytes. 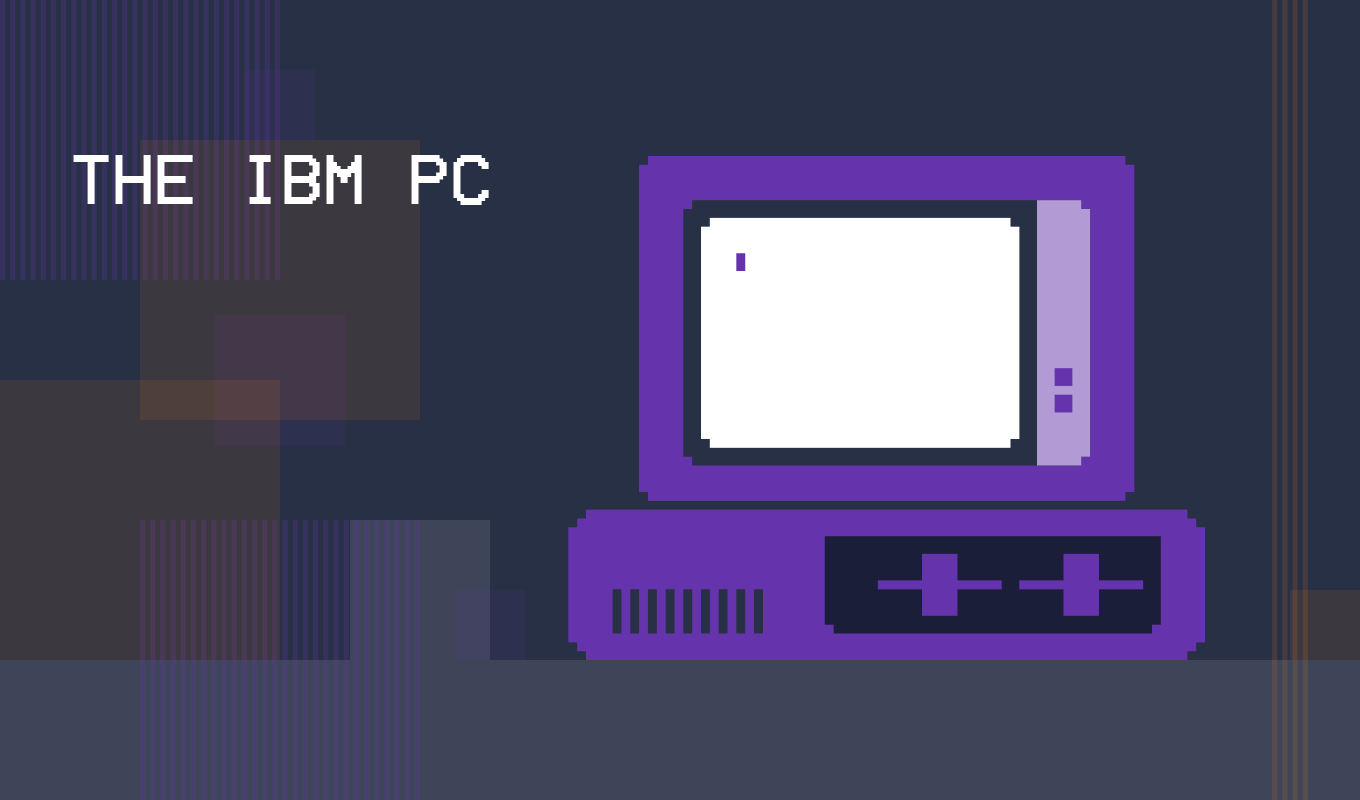 The IBM PC could be hooked up to a home TV and used to play games and process large amounts of text. The keyboard was also connected via a six-foot cable, allowing users more flexibility to move around, and the graphics were very advanced for the time with 16 foreground and background colors. Despite being more accessible for the home, the IBM PC wasn’t cheap, costing $1,565 for the system unit, keyboard, and color/graphics adapter.

BBC Micro Models A and B

In December 1981, the Acorn Computer company released the first of two microcomputers, the BBC Micro Model A - this was soon followed by Model B in 1982. Since they were fairly expensive microcomputers compared to other options available, with Model A costing around £299 ($585) and Model B around £399 ($767), they were mainly found in educational facilities in the UK throughout the 1980s and 1990s. 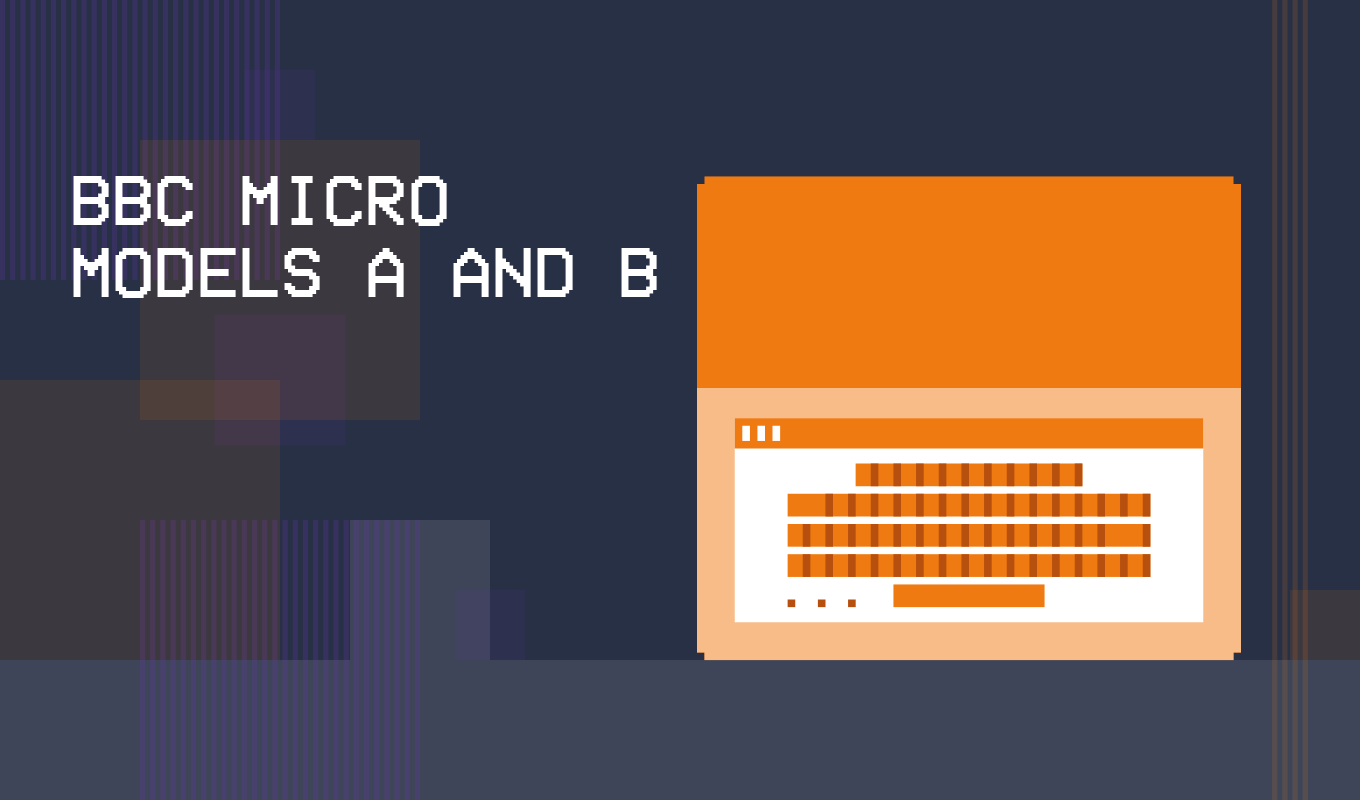 Despite the high price tag, both machines had many expansion possibilities, including disc drives, second processors, and the ability to connect to an Econet network, which allowed computers in proximity to interconnect. In many ways, this was similar to an intranet connection, invented in the 1990s, allowing users to share resources and send messages within a local area network. Model B also had an 8-bit microprocessor that allowed for the use of CP/M software, greatly reducing the amount of programming needed to install a new application on the device.

The ZX Spectrum was one of the first mainstream computers in the UK, selling around 5 million units in its lifetime. With an 8-bit microprocessor and 16KB of memory, it was seen as extremely good value for just £125 ($245) - a more expensive version was available with 48KB of memory for around £175 ($340). 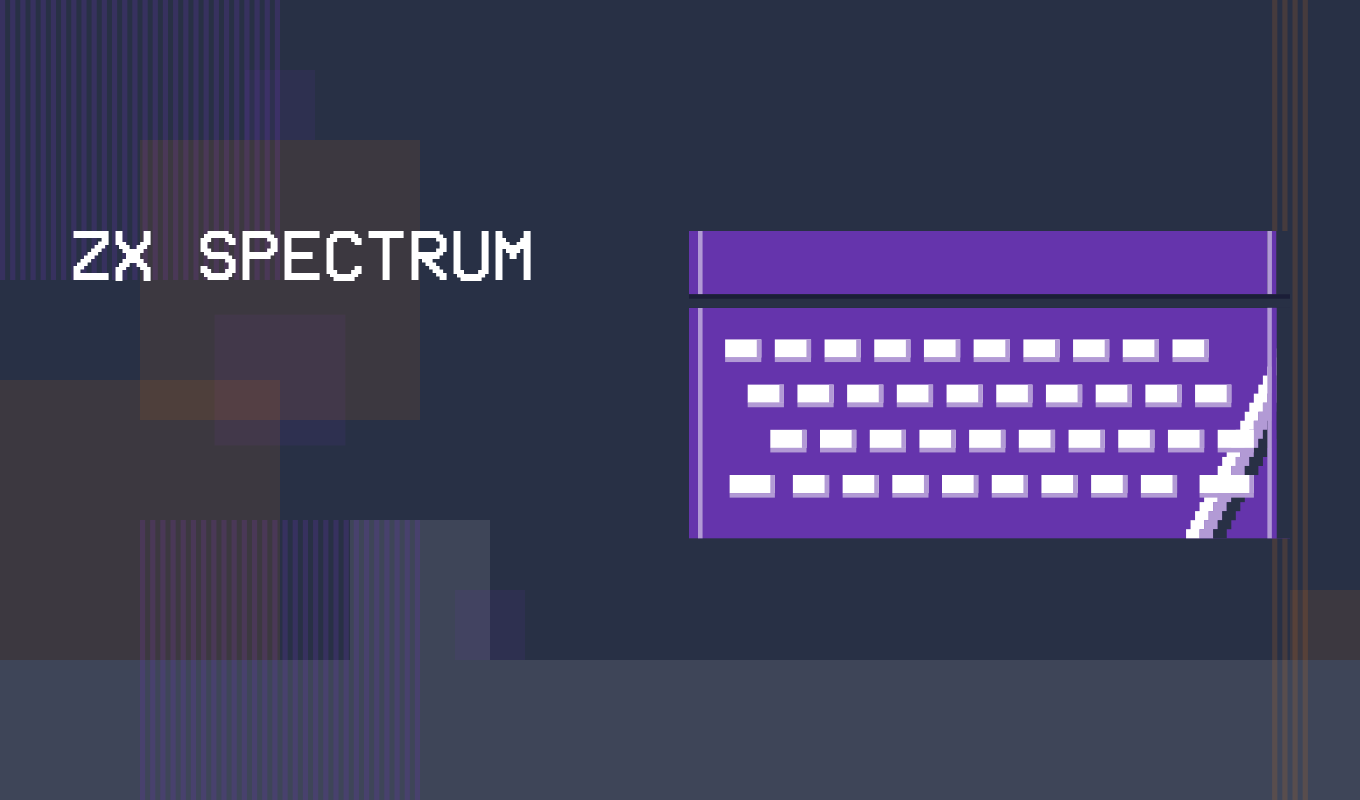 Despite its low price, the ZX Spectrum was one of the first computers to have color graphics that could be put to good use through its vast library of 23,000 software titles, which included The Hobbit, Ghostbusters, and Pac-Man.

Released in 1982, the Commodore 64 was an eight-bit microprocessor PC that sold around 17 million units, making it one of the best selling PCs of all time. With 64KB of memory, 16 on-screen colors, and the ability to be plugged in easily to a home TV set, the Commodore’s success reveals just how popular PCs had become in the 1980s. Selling for just $595 (around £229) this microcomputer was seen as a cheaper alternative to others on the market whilst providing many of the same features. 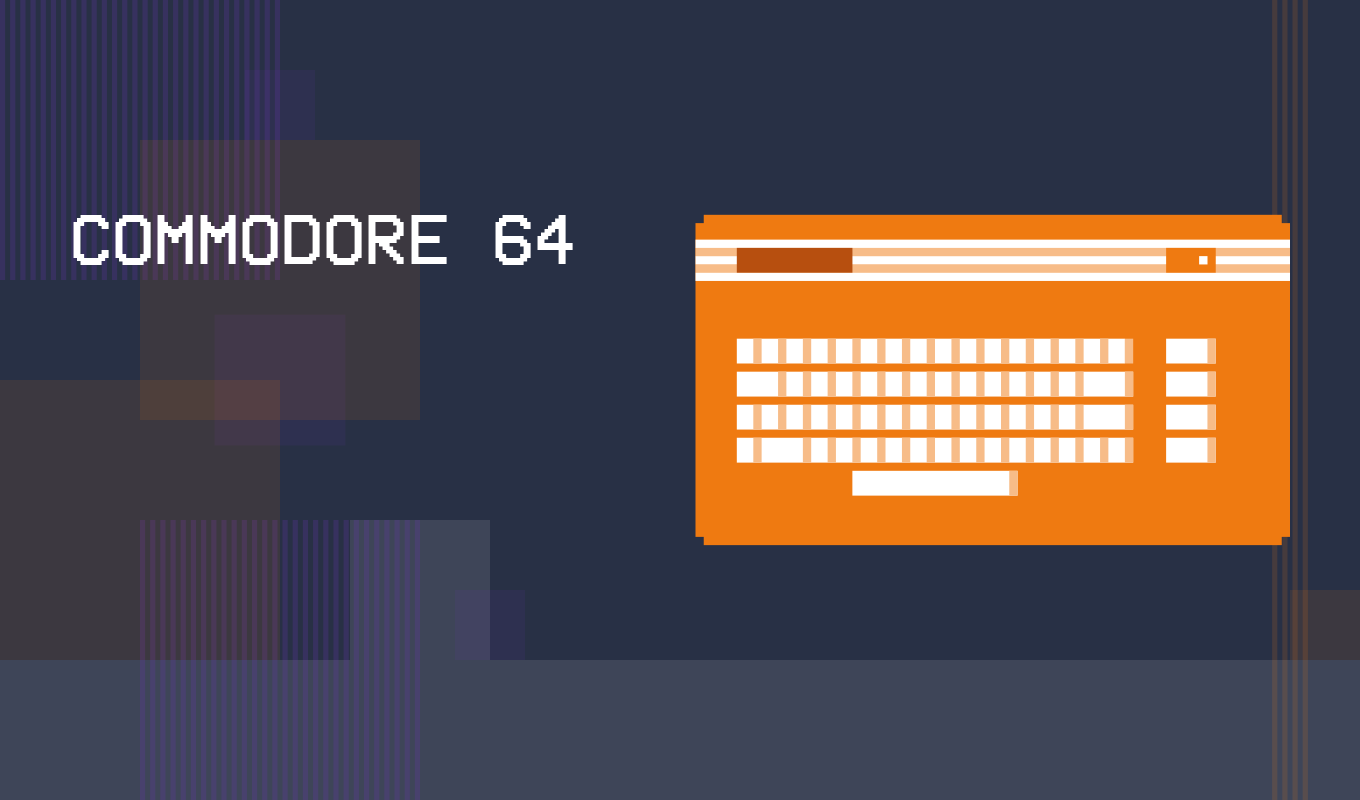 There were around 10,000 commercial software titles made available for the Commodore 64 which included development tools, office applications, and games. The Commodore 64 is especially seen as playing a pivotal role in the world of computer gaming as it helped popularise the computer demo trend. It is still used today by some computer enthusiasts.

The Commodore Amiga 1000 and Amiga 500 followed this iconic piece of computer hardware in 1985 and 1987, with the latter being one of the first commercially available machines to be capable of animation and graphic design work.

The Apple Lisa, released in 1983, was seen as a commercial failure despite including advanced hardware such as a 16/32-bit microprocessor, 1MB of memory (could be expanded up to 2MB) as well as one of the first uses of a graphical user interface for a PC. 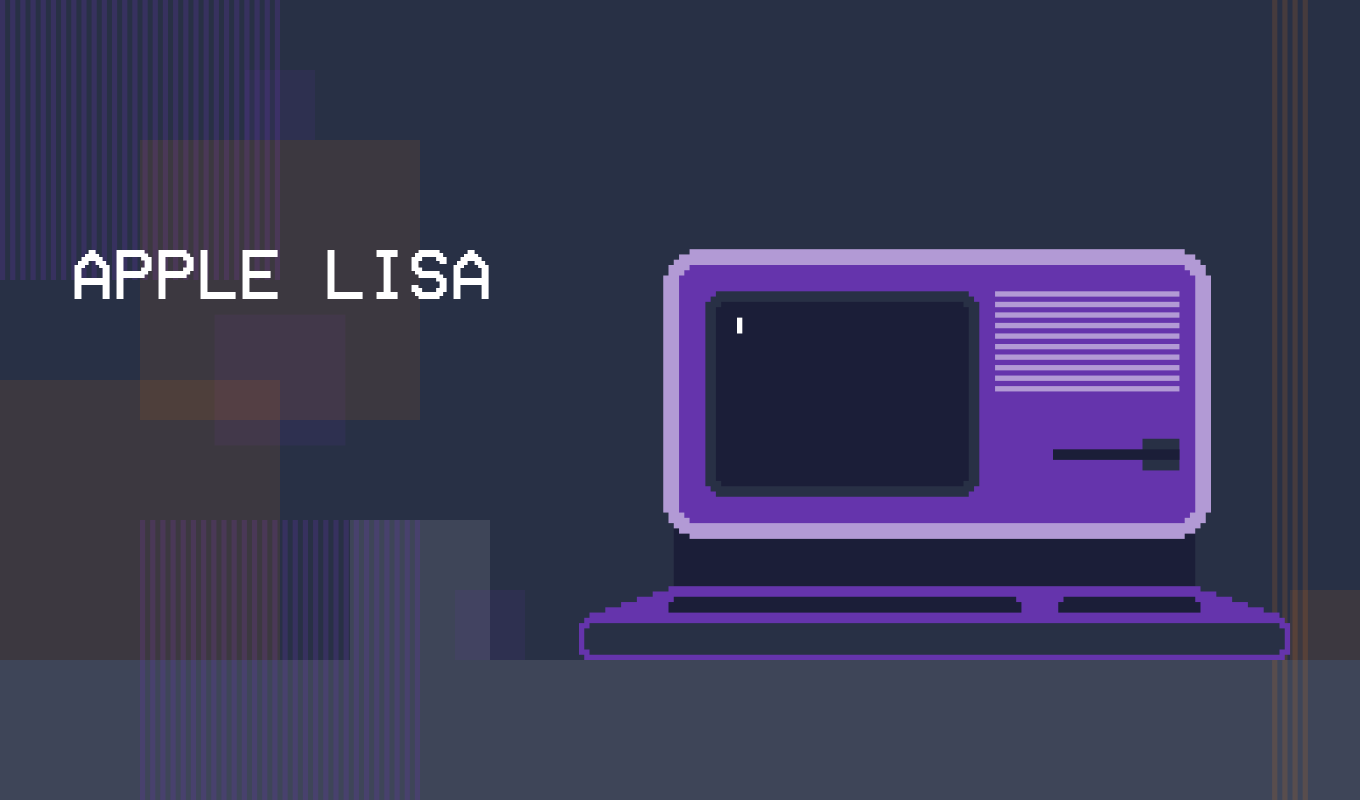 Targeted towards business customers, this model was one of the first commercially available PCs to use a mouse. Most PCs up until this point had relied on either a joystick for gaming or keyboards for players to type commands.

However, its expensive price tag of $9,995, the inadequate software library, and the release of the cheaper Macintosh soon after meant that just 100,000 units were sold in three years. The Lisa was eventually discontinued in 1986.

The Apple Macintosh 128K was released in January 1984 and is dubbed the original ‘Mac’, perhaps the most well-known computer to this day. Containing the same advanced hardware as the Apple Lisa, such as a mouse, graphical user interface, and a 16/32-bit microprocessor, for a fraction of the price at $2,495, it is no wonder that 73,000 units were sold in just 100 days. 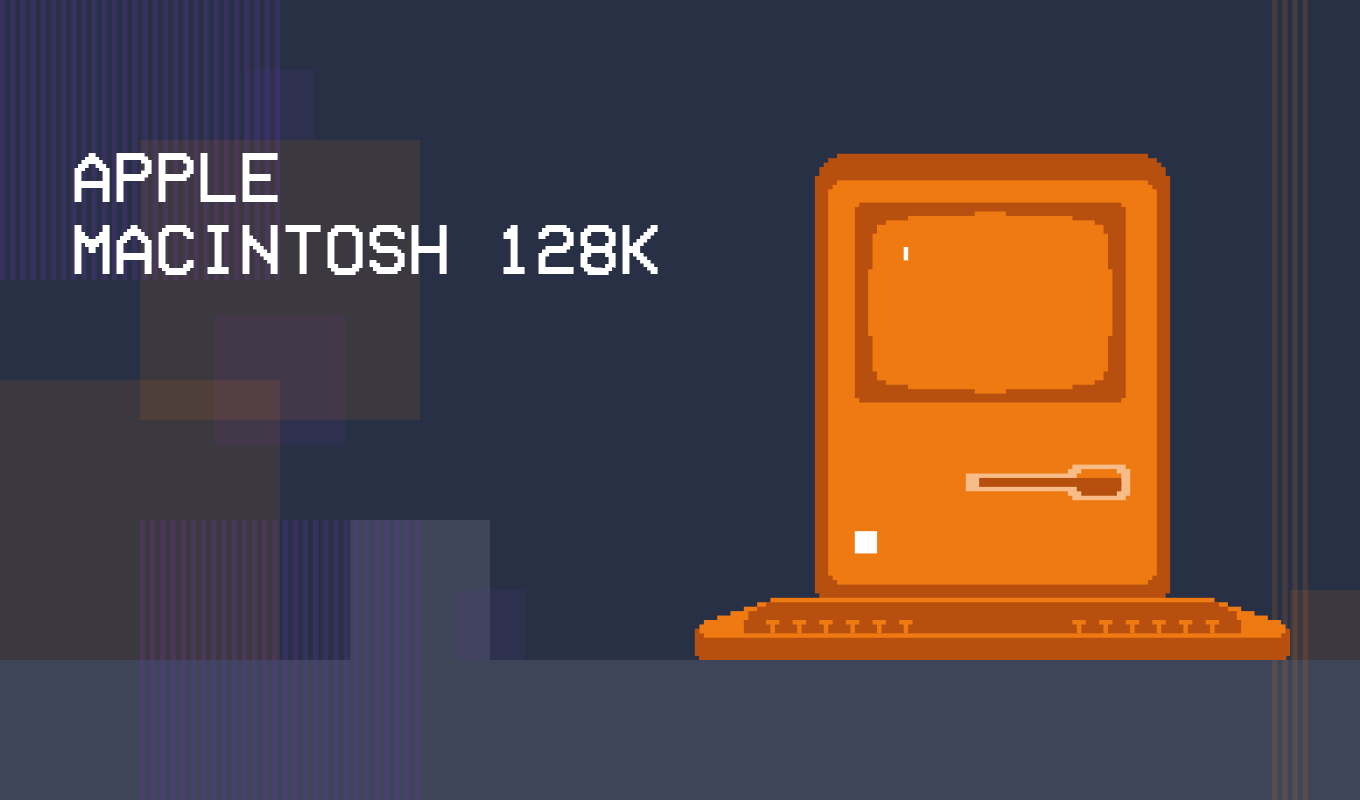 Containing a healthy 128KB of memory and a nine-inch screen - a vast improvement compared to the five-inch screen of the Commodore 64 - the Macintosh 128K led the way for the development of user-friendly computer experiences. For many, the only downside was that it was limited to a black and white display, a matter that was resolved by the release of Macintosh II in 1987.

Security breaches in the 1980s

Advancements in hardware in the 1980s came hand-in-hand with new risks of cyberattacks. While businesses and personal computers are now set up with firewalls, email gateways, and antivirus, cybersecurity was only just emerging in the 1980s. Avast was founded in 1988, for example.

While cybercrime may not have been as prevalent then as it is today, users’ unfamiliarity with breaches and viruses in the 1980s meant that attackers were often successful. Below are some of the most famous breaches and attacks of the 1980s.

While antivirus products did not appear until the late 1980s, there is now an abundance of software available to protect your company’s devices. Discover the benefits of Avast Business Endpoint Protection.

How to prepare for a hacking incident

Incident response planning infrastructures have gotten very complex. Here's how you can prepare for an incident in a well-thought-out and organized manner.

The SMB’s guide to cyber resilience

An overview of how SMBs can and should build a cyber resilience strategy, how it varies from cybersecurity, and the way they work together.