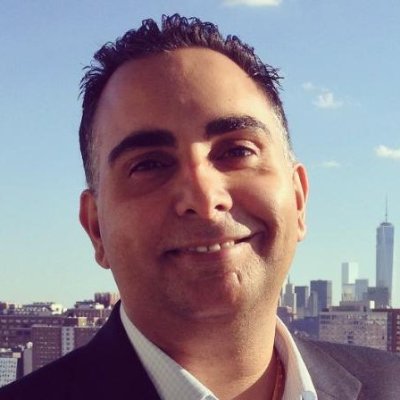 These inside tips from the experts make iPhone protection simple and secure.

When it comes to steering clear of security-related scandals, iPhone has an excellent reputation. And sure, as a rule—provided you don’t jailbreak your phone—it is generally safe from malware. But that doesn’t mean the iPhone forever remains immune. Even recently, there have been numerous reports of Apple users who have had their iCloud accounts hacked by cybercriminals who then demanded money in exchange for the passcode to unlock the device. While this recent breach wasn’t any fault of Apple’s, it still affected Apple users, so that’s reason enough keep reading.

After all, the truth of today’s digital life is simple: Whether you’re anxiously awaiting the iPhone X or keeping calm and carrying on with the one you got just last year, it’s always a great idea to be hyper-vigilant when it comes to protecting your most personal of devices.

To that end, to protect you from sophisticated hackers (or nosy family members!), here are our top 8 tips for maximum iPhone security and privacy:

If you haven’t changed your iCloud password in a while, now’s the time. Turns out affected users from this iCloud hack were likely found through various site data breaches and not acquired through a breach of Apple servers. The affected users likely used the same email addresses, account names, and passwords across multiple accounts, which gave the cybercriminals the virtual keys to their iCloud account (among many others).

This might go without saying, but we’ll say it anyway: Update your iOS as soon as you notice one is available; iOS updates fix bugs and security flaws that put your info at risk. There’s typically a very good reason for an update, and sometimes an exceedingly urgent reason, like that Broadpwn vulnerability earlier this year, which could have allowed a hacker to remotely take control of an iPhone within Wi-Fi range and even use that phone to infect other nearby iPhones.
To check for updates, do this: Settings > General > Software Update.

Think of two-factor authentication as another security blanket for your digital life. While it isn’t the end-all answer for protection, most of the time it does provide a great sense of comfort. When you turn on two-factor authentication, anyone who tries to sign in to a new device with your Apple ID and password must follow up with a 6-digit verification code that’s delivered to one of your other devices. Without it, no one can proceed—even if they have your password.
To turn on Two-Factor Authentication: Settings > [your name] > Password & Security.

While Apple does a near perfect job filtering unsafe or scam apps from the App Store, near perfect is not perfect enough. Always read app reviews thoroughly; and if there are no reviews, and the app description is poorly written, that’s probably all you need to know. If you want to dig deeper, go online and look up the name of the developer and see what pops up. If you do decide to install an app, be sure you understand which permissions the app requests, and just say no if there’s anything that makes you uncomfortable.

5. Keep an eye out for scam messages.

Similarly, just as you do on your laptop, think twice about clicking on suspicious links in scam messages you encounter on your phone—not just via email, but also via texts. And if you think you are too savvy to fall for phishing scams, you might be surprised what unfolds in this Reply All podcast titled “What Kind of Idiot Gets Phished?” (Spoiler alert: Yes, it happens to smart, tech-savvy people, too.)

A VPN (virtual private network) encrypts your entire internet connection so you can securely use any Wi-Fi network, even in your favorite coffee shop. A VPN keeps anyone from peeking into your online life. As an invaluable bonus, websites and ad networks won’t be able to see your true location. Just for fun, or maybe quite intentionally (like when you travel internationally and miss your favorite streaming service), you can make it look like you’re almost anywhere in the world that you’re not.

Because you’ll be sending all your web traffic, which includes your passwords and credit card numbers, through your VPN’s servers, you want to make sure you trust the developer before using their VPN. And that’s probably worth the paying of a little money. Before installing a VPN, read app reviews from trusted sources or ask a trusted friend if they have had a good experience with a VPN. Naturally, we’d be thrilled if Avast SecureLine VPN made your shortlist. Download the VPN now.

7. Opt out of automatic Wi-Fi connections to known networks.

On one hand, the iPhone feature that lets you automatically connect to known Wi-Fi hotspots without your permission is handy. On the other, it’s possible that a cybercriminal will establish his or her own fake wireless network with the same name as a popular public hotspot, say Starbucks, for example. As a result, you may be oblivious to the fact that your iPhone is actually working within the nefarious Wi-Fi network, handing over your data to the scammer. So either be very aware of the Wi-Fi hotspot you are using, or reduce this risk by simply turning this option off.
Go to Settings >  Wi-Fi > Ask to join networks

8. Try Guided Access for additional protection when sharing your iPhone.

Here’s one for the “little did you know” bucket: A lesser-known iPhone feature called Guided Access, marketed as a way to help users focus on one particular task, can actually be used to protect your iPhone from someone who might borrow it. When activated, this mode restricts the user to just one app. As a result, they won’t be able to wander into another app, change your settings, and so forth, without needing your access code or Touch ID—you choose which one. Whenever you share your phone with someone, just open up the particular app they’d like to use, triple tap the Home button, adjust your settings and tap Start.
To turn Guided Access on or off, follow this: Settings > General > Accessibility >Guided Access.

Obviously, with the upcoming iPhone X, Face ID will add a new dimension—and debate— around the iPhone and security conversation. We’ll keep you posted as things unfold.