Introducing a VPN helper that’s watching out for you, even when you don’t have your VPN turned on

The problem with Wi-Fi networks and VPNs

Like we noted in a previous post about the right time to use a VPN, you may not want to have a virtual private network (VPN) running all the time. However, this can leave you open to security risks — especially if you’ve turned off your VPN and forget to turn it back on.

There are many risks associated with public Wi-Fi networks that can put your data and information, especially personal and financial information, at risk. A VPN helps protect against these risks, but only when it’s turned on.

The solution: A VPN helper that’s watching out for you

Wi-Fi Threat Shield is a new feature in Avast SecureLine VPN for Android that can provide protection on Wi-Fi networks even when SecureLine VPN isn’t enabled. This can help protect you against the risks posed by public Wi-Fi networks and the risk of being unprotected because you don’t have the VPN on.

When enabled, the Wi-Fi Threat Shield automatically performs a silent check whenever you connect to a new Wi-Fi network.

If it detects a threat on the Wi-Fi network, it will either automatically connect the VPN for you or give you a warning, depending on how serious the detected threat is.

This provides an extra layer of protection for your Android device on Wi-Fi networks, even when you don’t have the VPN running.

Currently, though, the Wi-Fi Threat Shield is not enabled by default. This means you have to turn it on in Avast SecureLine VPN for Android.

Turning Wi-Fi Threat Shield on (or off)

To enable (or disable) the Wi-Fi Threat Shield, open Avast SecureLine VPN for Android and go to Settings.

Once in Settings, find Wi-Fi Threat Shield and tap it. Once you’ve done that, you’ll be able to turn it On or Off using the slider, as shown below. 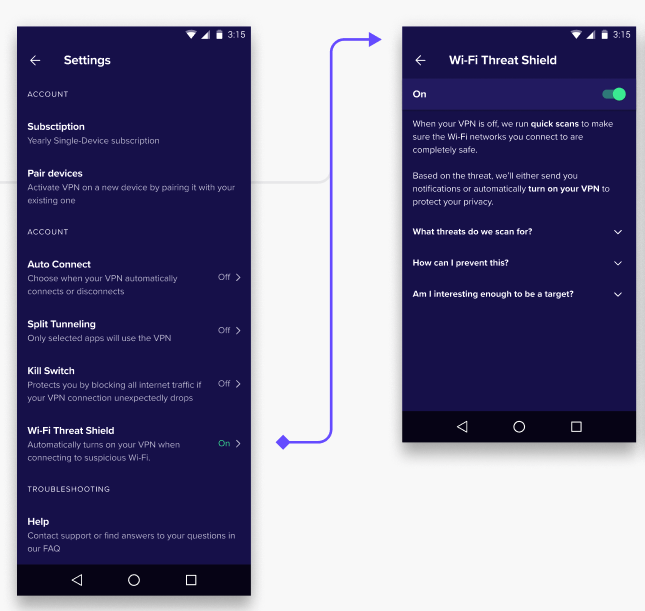 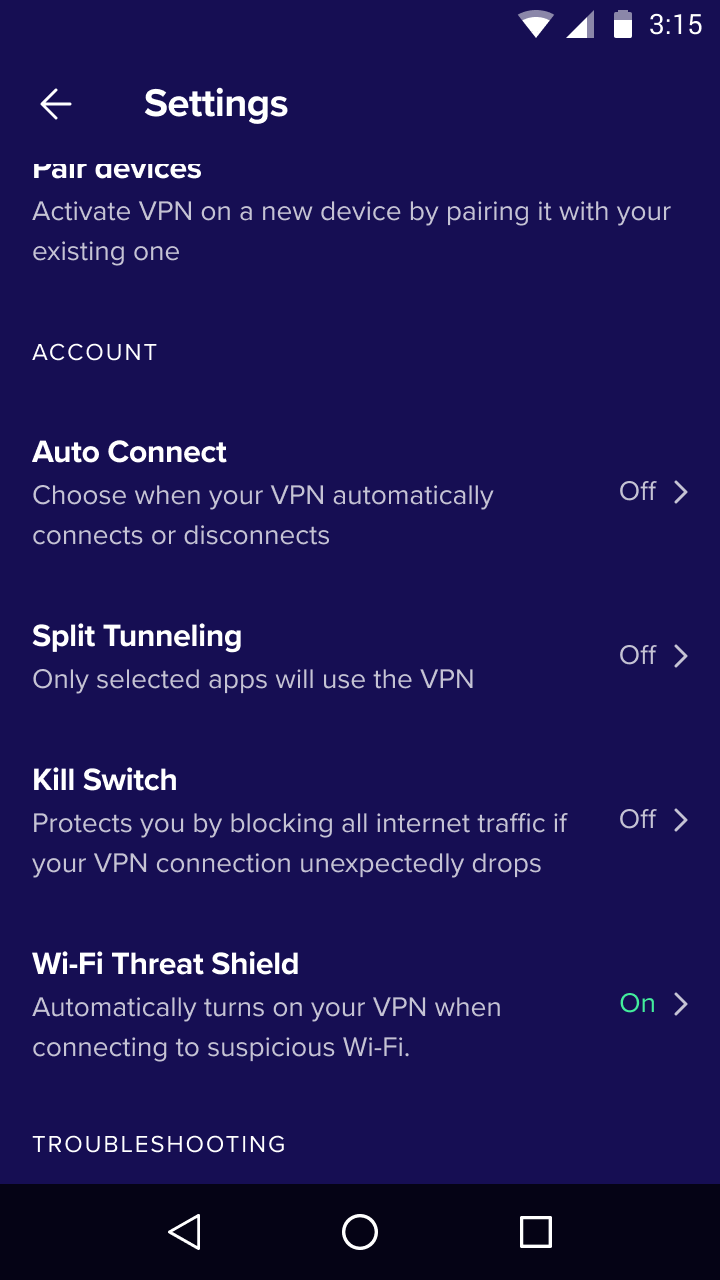 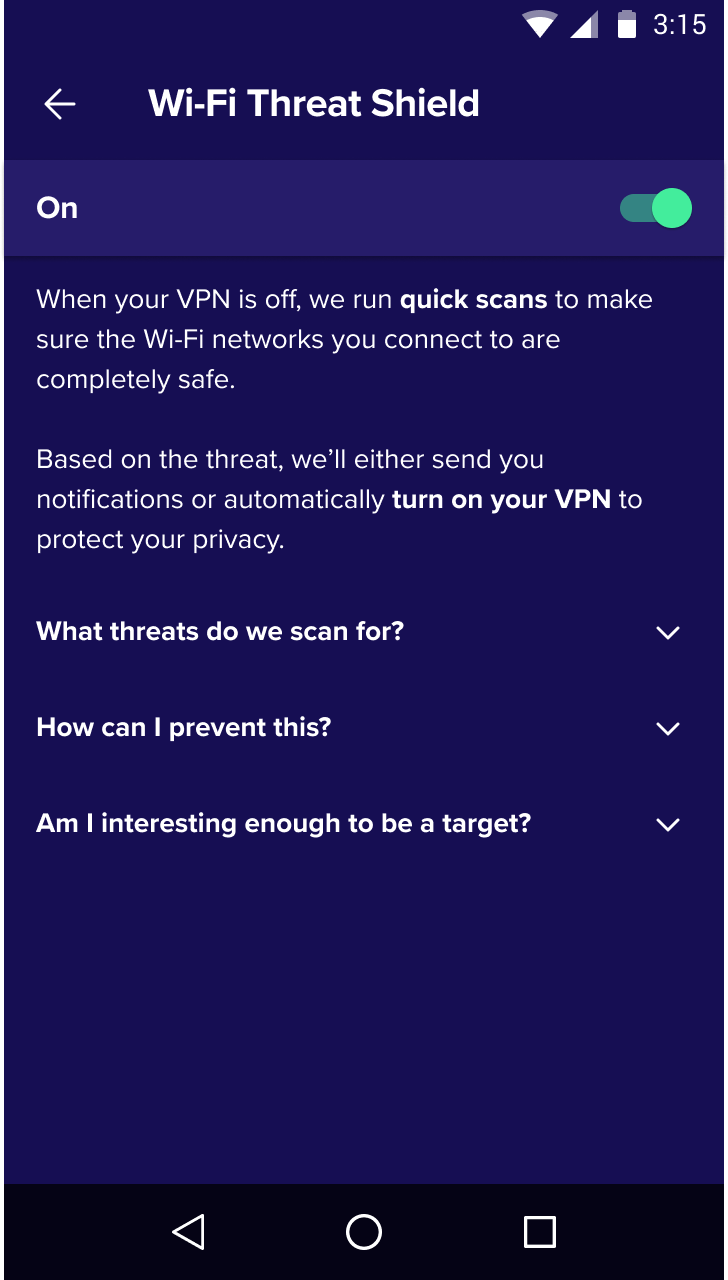 The Wi-Fi Threat Shield gives you a way to have protection for your Android device on Wi-Fi networks, even when you’re not using a VPN. You can think of it as a VPN helper that’s watching out for you, even when you don’t have your VPN turned on.

Have a feature you want to meet? Let us know.

Are young people sharing too much personal information online?

In our recent Era of the Swindler survey, we found that Americans between the ages of 18 and 34 are more likely to share personal information with someone they only knew online than were people over the age of 55.

Want to avoid the worst of the internet? Start with cyber hygiene

By transforming practices into simple daily habits, people can unlock the ultimate goal of cyber hygiene, which is to form habits that fortify their security posture.

Back to school: Do you know your high schooler's online fluency?

Here are some tips for making sure online safety and privacy are part of your teen’s back to school routine.