FBI expert tells the Avast Blog about fraud related to social media and dating sites, the second-costliest type of cybercrime

Crying out from near the top of the FBI’s cybercrime report last week was a heartbreaking statistic. The second-costliest category of crime, behind only compromised business email, was confidence and romance fraud, with a 2018 cost of $363 million.

What does romance fraud look like? The FBI cases read like the ultimate cautionary tales about not falling for smooth-talkers.

A Houston woman sent $2 million to “Charlie,” her apparent online boyfriend, whom  she came to trust over months of correspondence. An Oregon man accepted money from his supposed online girlfriend and sent it to an account at her direction, not realizing he was laundering the money from other fraud victims.

In the most unromantic terms, the FBI sums up the category of cybercrime this way: “A perpetrator deceives a victim” online into believing they have “a trust relationship, whether family, friendly, or romantic.” The victim is then persuaded to send money, personal and financial information, or to launder money on behalf of the perpetrator.

These scams happen 50 times a day

If this sounds rare, it isn’t. The scams happened 18,493 times last year, the FBI reports – an average of more than 50 times a day. Identity theft happened 13% less often.

Victims are predominantly older widowed or divorced women, the FBI says. Their supposed princes are often criminals who are computer literate and educated. Using social media and dating site profiles for background information, the con artists get close to their marks online through discussing hobbies and pursuits they supposedly have in common.

Special Agent Christine Beining (pictured), a veteran financial fraud investigator in the FBI’s Tampa, Fla., division, has seen a substantial increase in the number of romance scam cases. Most people “absolutely do not know how large this problem is,” she told us. 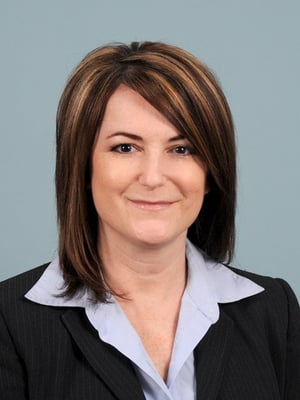 “Gone are the days where lonely people went to bars or church to meet someone.  Now, they just hop on their computers and join dating websites. Online dating websites have opened up so many possibilities for those searching for love.” But with that convenience has come risk – and shame.

“Romance scams are highly underreported,” Beining said. “This is largely because victims feel extremely embarrassed and ashamed for having fallen prey to this type of scam.” One victim told Beining that she tried to report romance fraud, but a male law enforcement officer told her she had “no business being on a dating website at your age." That kind of judgement discourages victims from reporting this hidden crime, Beining said.

What to do to stop romance fraud

Beining urges victims to contact the FBI about romance scams and to file cybercrime complaints at www.ic3.gov.

Here are common warning signs the FBI says those looking for love online should watch for:

Match.com, which calls itself “the world's largest relationship company,” includes a disclaimer on the bottom of emails between members that advises the recipient not to send money to anyone, nor to provide credit card information, Social Security numbers or other personal information. “While we are confident that our measures ensure a high level of security, we urge members to maintain vigilance while dating online and report any suspicious profiles to safeguard other members,” the dating website says on a page advising members how to report scams.

A secure browser and anti-tracking solution can also help to protect you from social media scams of all kinds, Avast’s Jas Dhaliwal explains here.

Ultimately dating and social media sites are just 21st century crime scenes for age-old exploitation of the frailty of the human heart. The crimes go back to ancient history. In the third century B.C., a male gigolo named Lao Ai tried to con the widowed queen Zhao of China. His scam made him rich, but also got him executed.

Today punishment is not as extreme. Two Nigerian citizens were sentenced to three years in prison in the romance fraud that cost the Houston victim $2 million.

The key to romance fraud scams historic and digital is vulnerability.

“I recently interviewed a woman who got involved in a romance scam and had suspicions that she was being conned,” FBI agent Beining told the Avast Blog.

“When I asked the woman why she sent money if she knew it was a scam, she responded, ‘I just wanted somebody to love me.’”