Is your hardware older than average? Learn these 5 surprising truths.

Our study continues: In our last blog covering the 2019 Avast PC Report, we glanced at the most important developments in the software space — for example, what types of software and Windows versions users have installed and how outdated both are. This time around, we are looking under the hood and inspecting the hardware used by millions of users worldwide.

So what have we found?

In last year’s report, the average age of the PCs we measured was 5½ years old, which is already something like 20 dog years, but in 2018 that average number grew to 6 years old! And we don’t want to start talking about how many dog years that is! The point is: PCs and laptops at that age will start exhibiting signs of wear and tear. The constant addition of programs will eventually slow down the system, and the years of stress and heat will eventually break down the hardware. In 2019, we’ll likely see this trend continue as even 6+ year old hardware is enough for day-to-day tasks

For the past few years, “SSDs” have been all the rage — flash-based storage that is several times faster than traditional hard disks. But while they’re commonly found in brand-new desktop PCs and laptops today, the vast majority of PCs out there still run on the old-school HDDs: 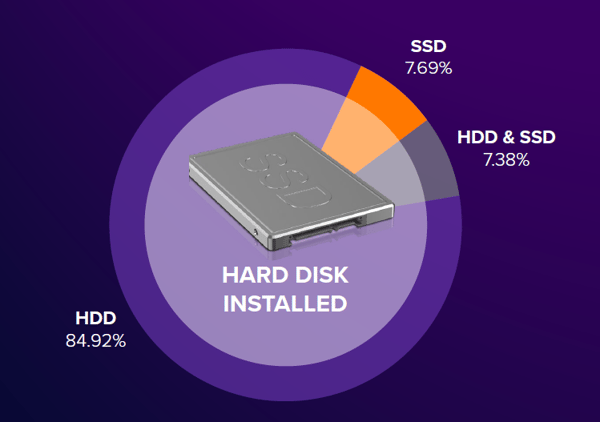 85% of devices worldwide are on mechanical disks, while the rest runs on SSD-only or SSD+HDD hybrids (which use the SSD as the primary drive and the HDD as the larger secondary drive for storage).

This distribution is not going to change until at least 2021, when SSD shipments are expected to overtake HDDs.

Our advice to those users out there who are falling asleep waiting for their PCs to boot up or for their programs to launch: Upgrade to an SSD! It’s probably the most efficient way to boost the performance of your PC.

3. Laptops are winning the game

Given the average age of PCs (see above), we expected that many people would still be running classic desktop models that sit under the desk. But in fact — over 63% of our millions of users have a laptop rather than a desktop. 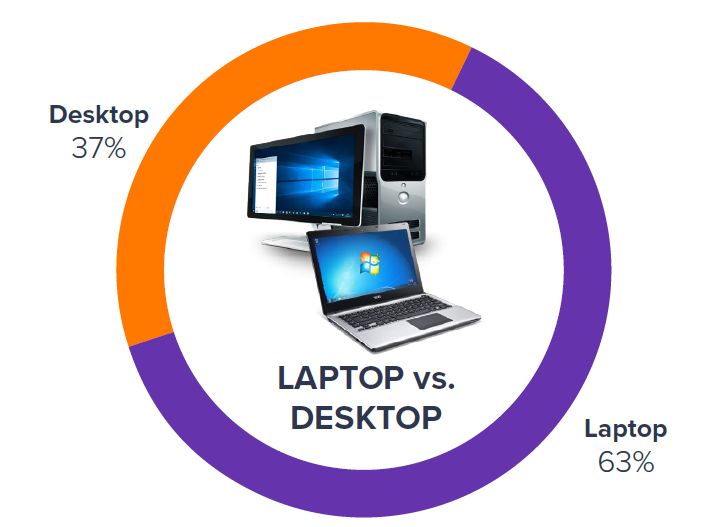 Of all the PCs we looked at worldwide, over 50% were models made by HP, Dell, Lenovo, Acer, and Asus, with HP leading the pack at almost 20%. 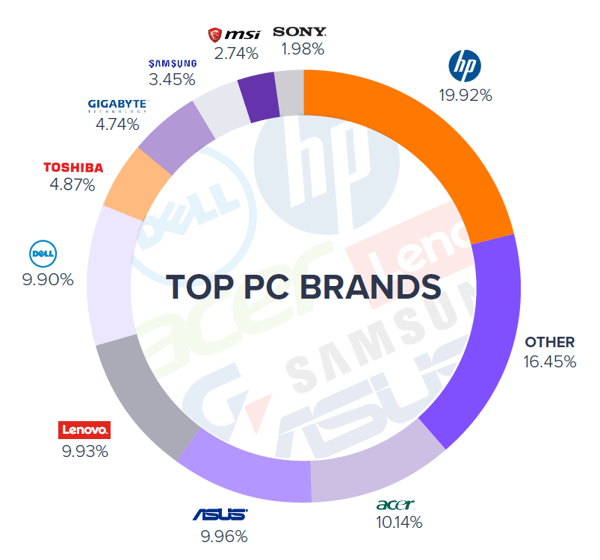 Looking at the actual specifications of these PCs, we found a few interesting facts: 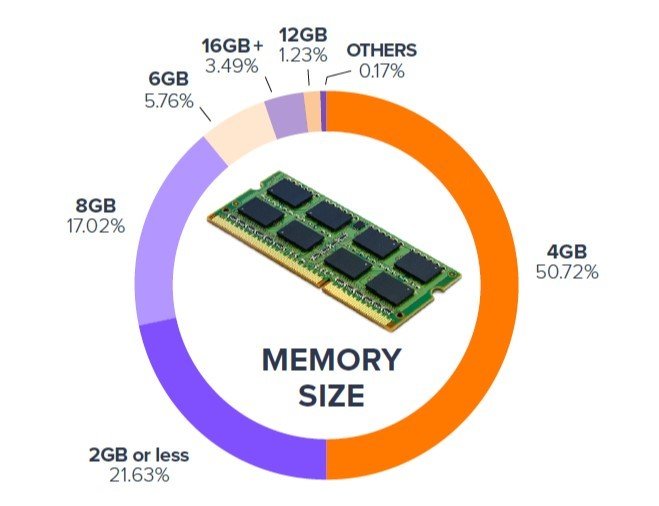 Looking at this hardware data, it seems that many users are running computers with good enough performance for day-to-day tasks, though they might be running into hardware issues soon, if they’re not seeing them already. With most equipment being 6 years old, these PCs could fail soon, even with the proper maintenance. Also, laptop users need to beware of potentially degrading batteries.

Avast recommends you treat your system with the appropriate upkeep to allow smooth function for as long as possible, but these machines have definite lifespans. We would like to gently advise that if your hardware is over 5 years old, it may be a good time to start considering the new technology hitting the market, for the eventual upgrade you’re going to need to make.

Read the full 2019 Avast PC Report for yourself.