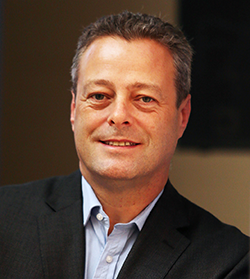 Every day between now and April 15 is high season for IRS phone scams. You can block unwanted calls and protect yourself from both annoyance and theft.

Ever answered your mobile phone only to find silence? Or that a machine has called you? Or even that it’s a completely unexpected call from someone claiming to be from the Internal Revenue Service (IRS)?

With the 2017 tax season in full swing, most major retailers’ shelves are lined with boxes of tax software, and broadcast ads for tax preparation services show up in every commercial break. Unfortunately, scammers – who are in business, too, per se – also know this is prime time to defraud vulnerable consumers by claiming to represent the IRS. While it's all a game to them, you can't afford to get played.

While many of us immediately recognize these calls for exactly what they are – fake – there are enough people who get taken in by these scammers’ very convincing stories about outstanding taxes and how to pay to make this an annual problem. In fact, this practice became so widespread that the IRS and law enforcement agencies mounted a long-term international investigation, raiding companies and call centers worldwide, arresting hundreds of individuals in an attempt to shut down this type of tax-related fraud.

However, criminals who have found a way to make money will re-emerge, and stopping them all is near impossible. Once one cohort is caught and jailed, the next round of scamming may not be as broad, but these activities can grow exponentially. The Better Business Bureau tracks reported scams, and while their data show a 90% reduction in calls after the initial crackdown, it also shows that criminals still exist who exploit tax season to make money from unsuspecting tax filers, through IRS scam phone calls, and new ones pop up all the time.

Keeping up with and defeating these kinds of crooks is never-ending, and it affects a significant number of people. Avast research of anonymized mobile and desktop user data from June to December 2016 shows in fact shows that 17% of Google searches for a phone number in the prior month turned out to be checking a spam number. And while you may be able to individually block numbers you discover to be spam, most spam numbers are active fewer than 17 days, and 15% live fewer than 5 days before they’re replaced by a new number.

So how can we possibly protect ourselves – and help our most vulnerable loved ones, especially the elderly – from these kinds of crimes? For starters, just as though we trust police officers to track and apprehend criminals in our neighborhoods, while still protecting ourselves with door locks and house alarms, we should find and use ways to detect and block scam phone calls from getting through in the first place.

Here at Avast we’ve developed technology to do just that, creating an app called Avast Call Blocker. Using a data-based approach, the app detects and screens every incoming call. If the number is from a known scammer, then your phone won’t even ring, to stop unwanted calls.

Not only does Avast Call Blocker defend against scams, it also stops nuisance calls from telemarketers who use machines to initiate calls, then hang up when you answer if no agent is available to talk to you. If you’ve ever answered your phone only to get a “this call is no longer available” message, you’ll appreciate this feature. Because even if you’ve – as have I – subscribed to the Federal Trade Commission’s “Do not call” registry, many companies who make calls like this aren’t reputable and therefore play by the rules, meaning the calls keep coming, leaving many of us wondering how to block calls altogether.

You could also change your phone number to stop unwanted calls, but what an inconvenience, when all your friends and family already know your number. Not to mention, you’re probably also using your mobile number for online banking, social media, or email authentication.

Yet another solution is call-blocking apps, but many of these are as bad as the calls themselves – while they protect you from unwanted calls, they also ask to access contacts and other useful data from your device. Then they sell that data, making these providers potentially just as shady as the people they’re supposed to protect you from. Avast Call Blocker provides the service securely, blocks phone numbers, but with no access to your contacts.

With tax season 2017 in full swing, now’s a particularly good time to get Avast Call Blocker for yourself, or for a friend or relative you want to ensure stays safe from this type of fraud.