Software Cleanup feature clears your system of long-forgotten programs that slow you down.

Our latest PC Report shows that people have a LOT of apps on their PCs...but do they really need them?

Our data shows that users keep their PCs for six years on average. That’s a long time for junkware to creep up on your machine. You might not realize it, but your PC likely came pre-installed with programs and trial versions (so-called “bloatware”) that you don’t need. In addition, as you use your machine, you or your partner (and even kids) will probably install more and more and more applications over time: Let’s try that new Office Suite! Oh, I need that photo editing tool! I gotta check out those new games… 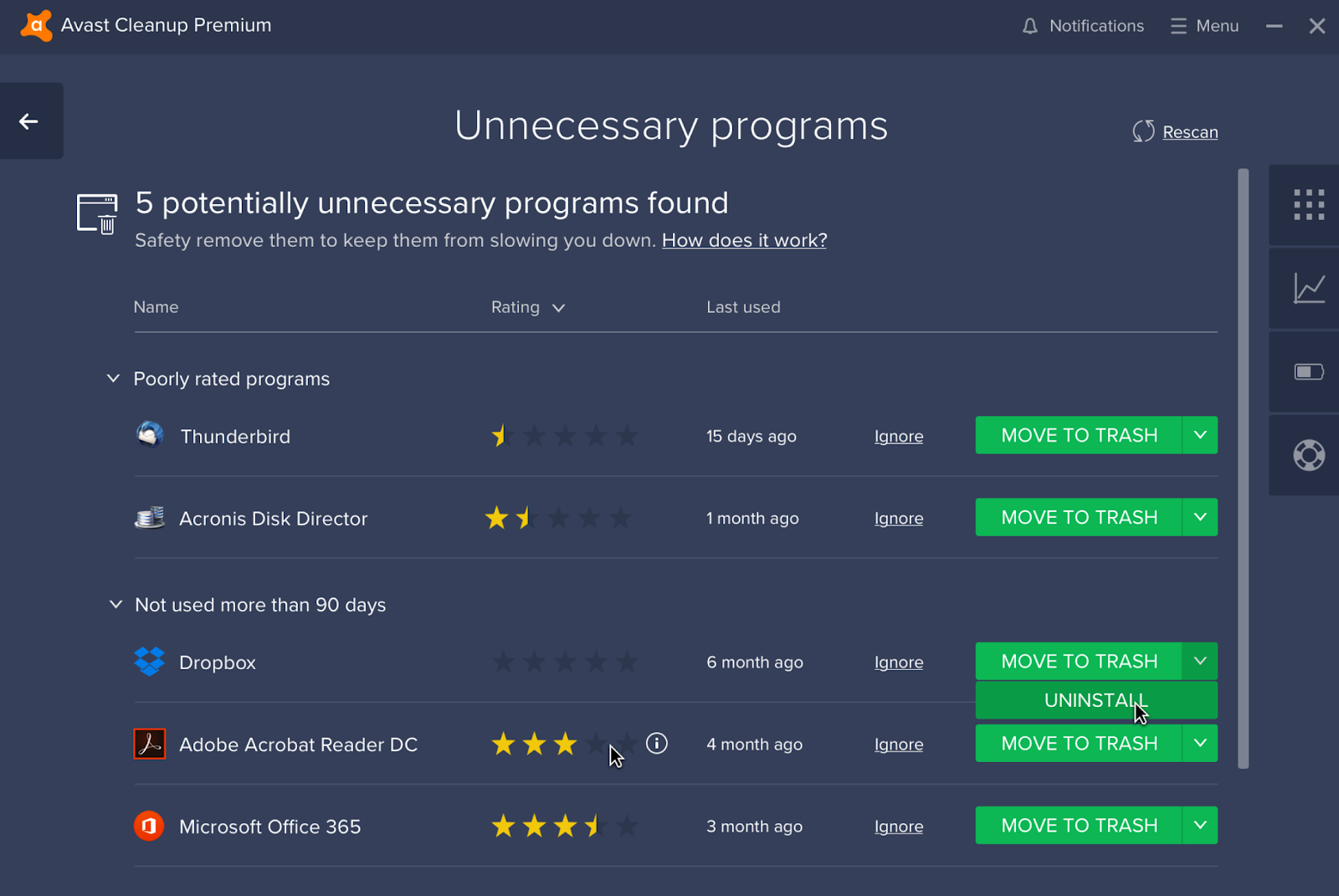 Fast forward to a year later: you’ve forgotten all about them. Our new Software Cleanup feature is the housekeeper that comes in to clean corners you never knew existed, and it is available in Avast Cleanup for PC.

3 reasons to get rid of long-forgotten software right now

Our “Junk Programs” feature detects bloatware, adware, unwanted trials, and more, and lets you remove it quickly. In our all-new 2018 release, we’ve expanded the feature to scan for applications you haven’t used in ages. But why should you get rid of them?

Windows doesn’t tell you whether you’ve got “dead” programs lurking on your hard disk. And manually combing through your list of software isn’t very productive. So we’ve made your life a bit easier with our new Software Cleanup feature in Avast Cleanup for PC. Once installed, it makes a quick index of your programs, and from then on understands which programs you haven’t used in a while. Let’s look a little closer at this new-and-improved feature.

Go to Speed up and find the Unnecessary programs entry. Next you’ll see a list (like the one below) which allows you to decide Yay or Nay for each and every one. 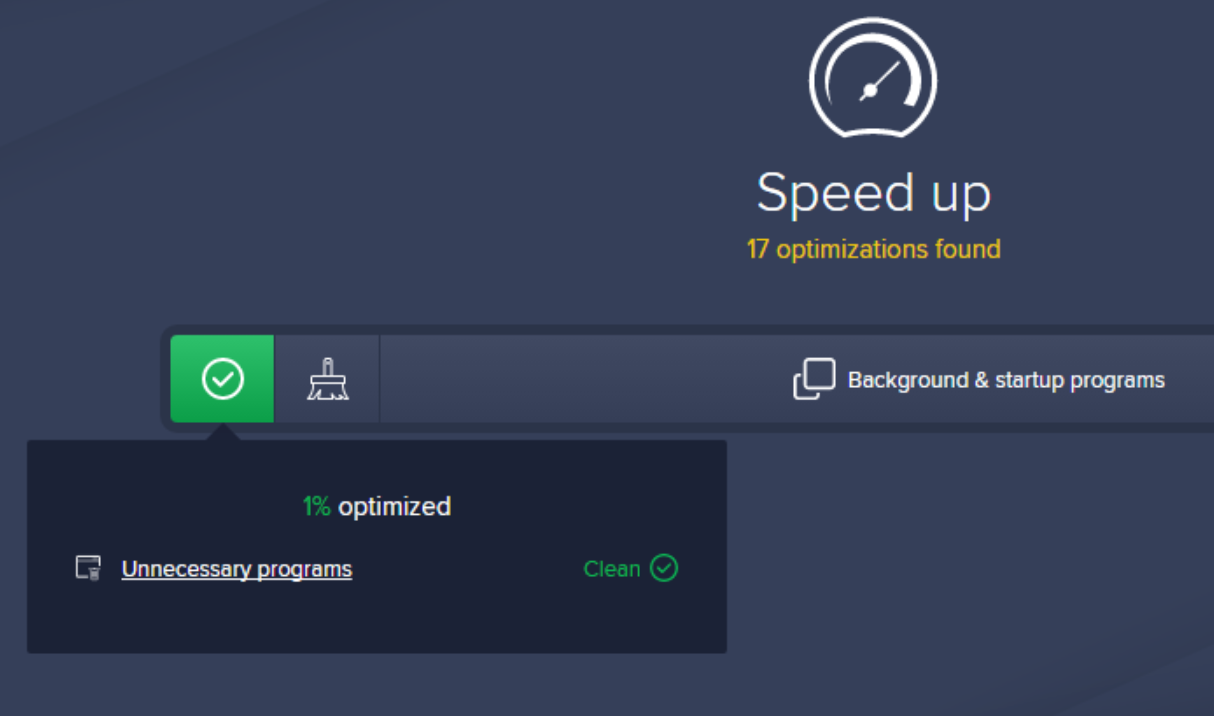 As you can see from the screenshot below, you can (and should!) start sorting by Last used first. This will give you a good idea where the “dead bytes” are on your PC. Everyone’s situation is unique, but chances are that if you haven’t used a program in more than two months, you’ll probably never use it again. 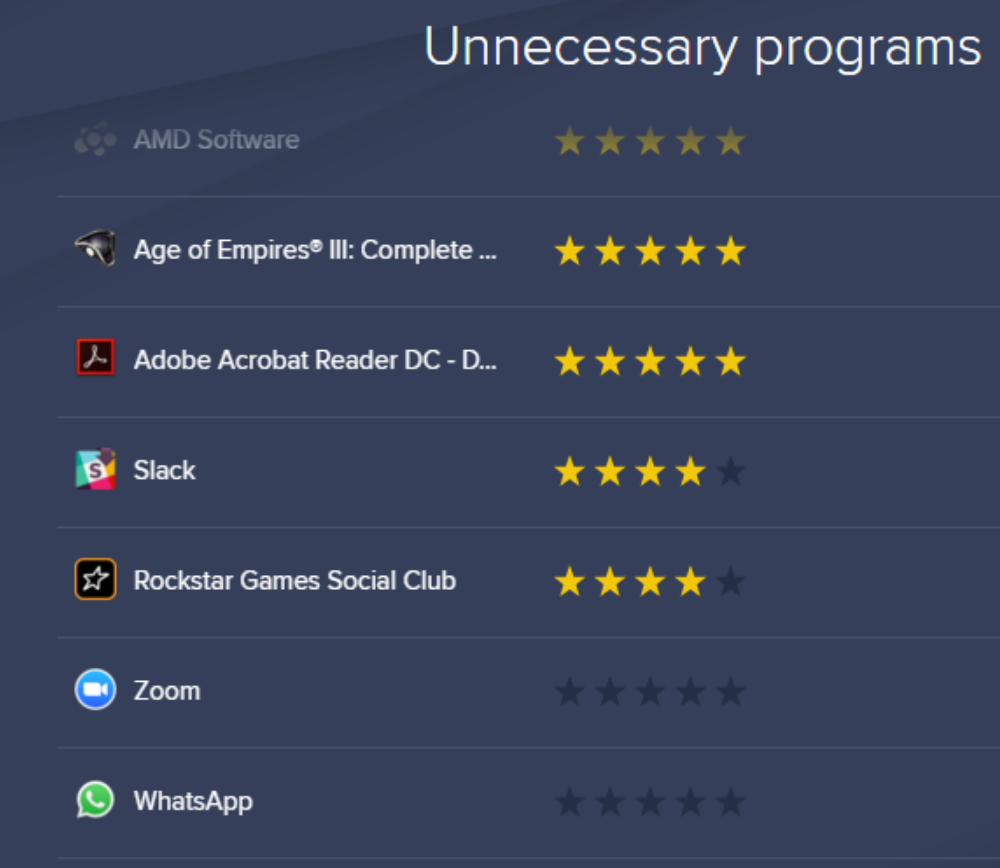 But wait, there’s more: our community — users like you — offer help in the form of the star rating system. When you have no idea what a program does, a quick Google search and a look at its star rating can make your decision a bit easier. If a program has five stars, it’s likely quite useful. If it’s got somewhere in the range of one to three, you should consider getting rid of it. Don’t worry if there are no stars — this typically means that the app hasn’t yet been rated.

Next step: Move it to trash!

Don’t need a specific program? Click the Move it to Trash button. The nifty thing about this feature is that it simply puts these apps into a form of quarantine. They won’t be running in the background and can’t be started anymore, but they’re still there just in case. 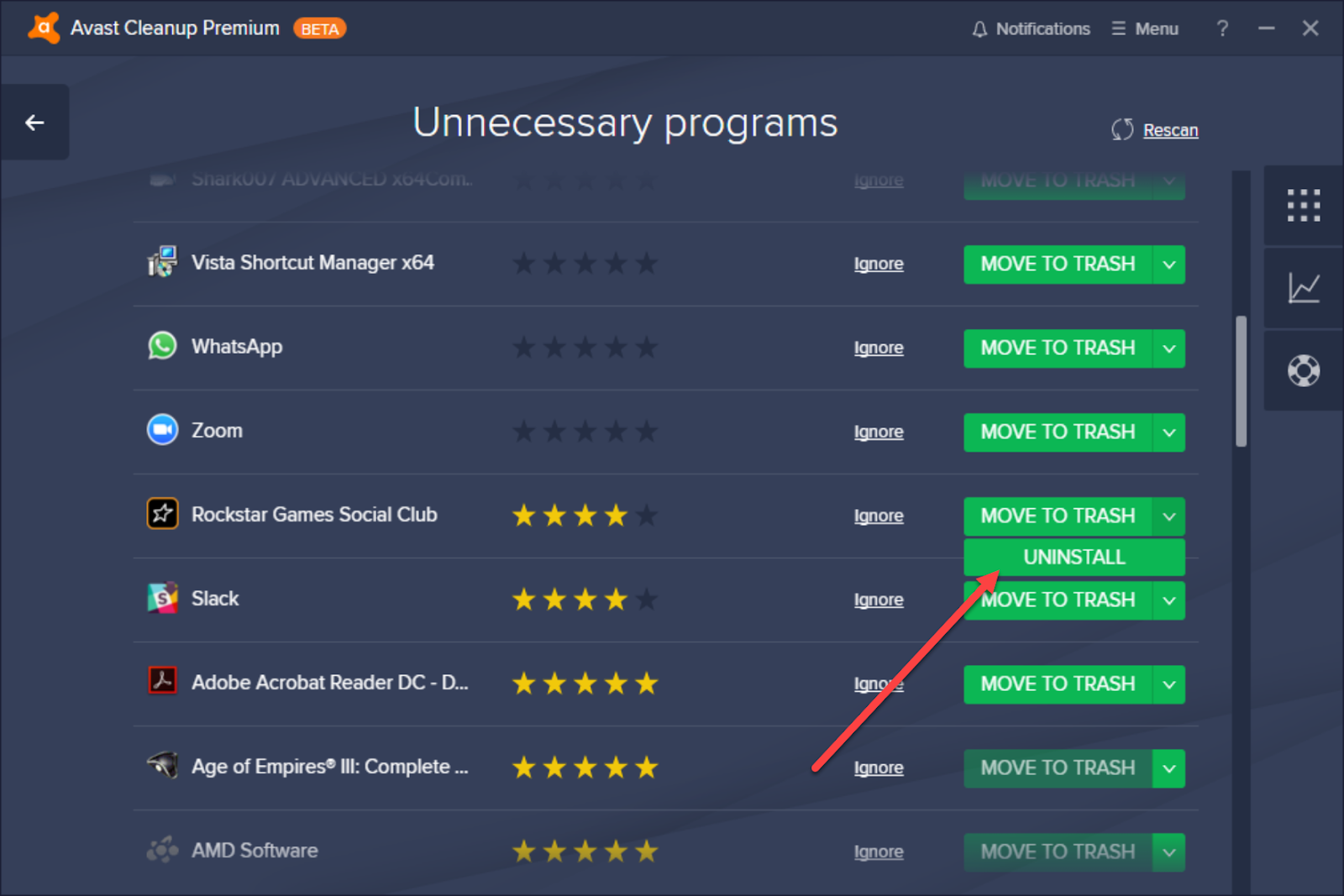 If you are 100% sure that a program isn’t useful, use the drop down button and select the option to get rid of it completely.

That’s it! Remember to use the new Software Cleanup feature in Avast Cleanup for PC on a regular basis — ideally once a month — to see what “app zombies” might be lurking. And then have fun wiping them out!