Your system’s default security is not always the best bet, as proven by the latest AV-Comparatives studies. 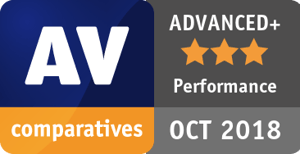 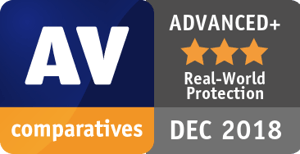 While the results are wonderful and do not surprise us, what IS surprising is that Microsoft’s own proprietary built-in security, Windows Defender, fell short in almost every category. The takeaway here is that your default security is, quite often, not your strongest option. Users who want solid security should do their homework by reviewing the latest independent studies by consumer-forward test labs like AV-Comparatives and AV-TEST. There you can read how the various leading-brand security software compares with each other.

The Performance Test measures the impact the cybersecurity software has on the basic computer functions of a system. Would the software be so demanding that it slowed the system way down, or would it have a light footprint that allowed the computer to run at normal speeds?

Most brands fell between those two extremes, but Avast Free Antivirus emerged among the highest-ranked. Avast tied for third place out of the eighteen brands tested, scoring better than any other free antivirus in the study.

Avast ranked “very fast” in each of the above tests, proving to have minimal impact on system performance. The “impact score” — where lower is better — awarded to Avast Free Antivirus was 2.1, earning the highest AV-Comparatives award of Advanced+ for Performance. The only better-scoring software in the test were paid services that scored 1.8 and 1.7. At the other end of the scale, Microsoft Windows Defender came in last with a whopping impact score of 25.6.

To learn more about how AV-Comparatives conducts their objective studies and to see all the findings associated with this Performance Test, read the full Performance report.

The Real-World Protection Test does just what the name implies — it tests the antivirus software is as realistic a setting as possible. Depending on the malware, the protection may need to kick in at any given stage: while browsing a website, running a program, downloading a file, or when it is otherwise triggered to take effect by its C&C.

The study used 230 real-world malware samples, and Avast emerged with a 100% protection rate, earning Advanced+ for Real World Protection awards. See all the results and learn more when you read the full Real-World Protection report.

If you do not currently use an antivirus, take this opportunity to check out Avast Free Antivirus, the only award-winning free antivirus strong enough to protect a global community of hundreds of millions of users.  And, see how Avast stacks up to the competition in this comparison of best free antivirus software.