The annual Avast Android App Report tells you which apps are eating up your phone’s storage and your mobile data allocation in no time.

Chances are that 99% of you reading this are getting a variation of these two messages frequently — or both if you’re unlucky: 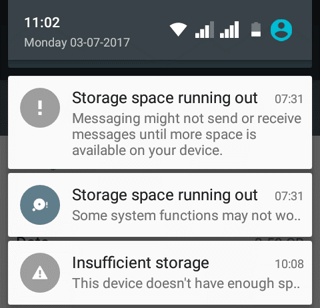 So what are the top ones in each category? Let’s find out.

We have separated our findings into two categories: 1) apps that run at startup and in the background, and 2) apps that are run by the user. The first type starts draining your resources as soon as the phone is turned on, and the second needs you to actively use an app, such as downloading songs on Spotify

Looking at those apps that amass data and eat up smartphone storage in the background, the number one offender is Facebook, which collects caches every time it’s running and forgets to delete them. Obviously Spotify is on that list, too, as it tends to download podcasts and songs in the background. So keep on eye on what you sync offline.

In the “Run by you” category, chat apps, shopping apps, and also Google Earth stand out. So you’ll want to keep a look out for those drainers, or, if you’re not using them, get rid of them.

TOP TEN STORAGE EATERS THAT RUN AT START UP

The following list reveals the top apps that consume mobile data, which should be useful for users who wonder why their mobile data keeps running out before the end of their billing cycle.

For the last year, Netflix has been the app that consumes the most megabytes (if not GB!) of data. Streaming an average-sized movie or TV show can easily require 200-500 MB — and more if users choose to stream at a higher quality. To avoid losing mobile data, users should only stream when connected to Wi-Fi, or opt to download TV shows and movies while connected to Wi-Fi to view later.

Background apps that drain your traffic are Google Talkback, Facebook, and Instagram so keep an eye out and turn off their background activities if possible. 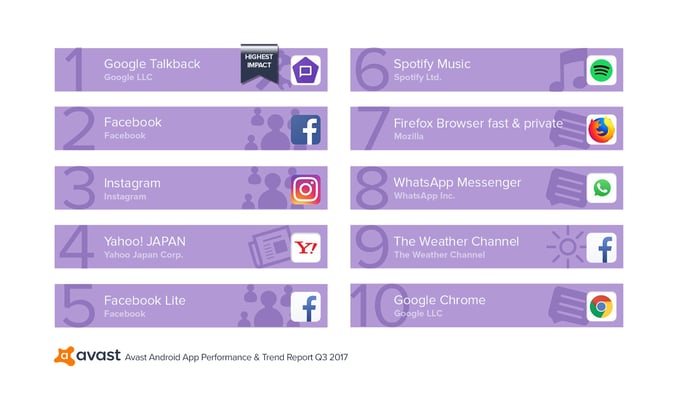 To learn more about these apps, as well as our other key findings such as the 50 most popular Android apps, the worst battery-draining apps, the newest resource-draining apps, download the full report, which is chock-full of useful steps you can take to save your device from excessive drains on your mobile device.