Wondering whether you need antivirus protection for your cell phone? Here's why you need it and 3 things to look for when choosing mobile security.

The answer is YES! CEO Vince Steckler gave the crowd at CeBIT an eye-opening statistic yesterday. He said,

Avast currently has over two million malicious samples in its mobile threat detection database, and we see 12,000 new samples every day.

That fact means that your Android device needs protection. Award-winning Avast Mobile Security secures your smartphone or tablet against infected files, phishing, malware, spyware, and malicious viruses such as Trojans without bogging down performance or annoying you with false warnings.

Three things you need to look for when choosing mobile security

Independent testing laboratory, AV-Test, evaluated 27 mobile security products for Android in January 2016. Their focus is on 1) malware detection and usability, 2) false positives, and 3) performance. If the experts think those are the most important areas, then let's take a deeper dive:

Avast Mobile Security performed above the industry standard in the all-important Android malware detection category. This can be attributed to Avast Mobile Security's long list of components that scan for malicious activity and protect against malware and viruses.

The App Install Shield scans apps during installation and when executed keeping you safe from rogue apps that bad guys plant in app stores.

The Web Shield scans each URL that loads and warns you when the browser loads a malware-infected URL. This is important because phishing scams are hitting mobile users hard. You may know them from PC attacks - phishing scams are fraudulent websites that appear to be authentic. These sites lure users into entering sensitive information like passwords and account numbers.

AV-Test also included measuring false warnings for legitimate apps and software from third party app stores in their round of tests. Avast scored perfectly. That means you don’t get blocked from using programs and installations, and you don’t waste time with warning messages.

If you are concerned about slowing down your phone’s performance, there is no worry. AV-Test found that Avast Mobile Security

- Does not impact the battery life

- Does not slow down the device during normal usage

- Does not generate too much traffic

Still not sure? Check out the 4 million reviews on Google Play. Almost 3 million of the reviewers gave our app 5 stars! We have 4.5 stars total!

We're not the only ones who love our app. Tom’s Guide gave Avast Mobile Security their Editor’s Choice award and said, “Avast! Mobile Security & Antivirus is our favorite Android security app.” 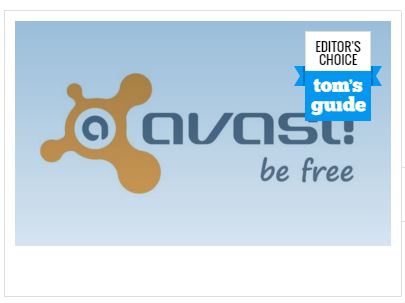