Play online with no lag, no interruptions, and maximum safety 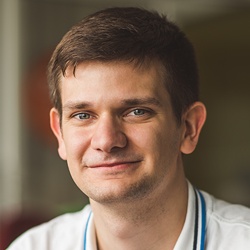 Avast protects your PC and your game with negligible CPU and GPU consumption.

Shopping online is one of the reasons why we love the internet, but it’s not the only one. Video games are also a major reason. With more than 155 million Americans playing on their PC, game console, smartphone, wireless device, or handheld system, gaming is more popular than going to the movies or listening to music.

Video games can be really fun, but only if we can play them properly. If we experience issues while downloading and playing video games, they can turn the fun experience into a frustrating one.

That’s the reason why all the gamers hate lag. When you're trying to kill that camper in the corner or are really close to scoring a goal in an online tournament, lag is the last thing you want.

But why do we experience lag? The main culprit is someone in your network using a lot of bandwidth, leaving you too little to play correctly. We’ve all asked our family to stop downloading things or watching shows online because of the lag. But what if someone else has access to your network and you don’t notice? What if a neighbor accesses your network and starts hogging bandwidth?

It’s really hard to know if someone is stealing your Wi-Fi, but don’t worry, Avast will help you secure your network and kick your unpleasant neighbor out of it.

Avast’s Home Network Security scan will alert you if your Wi-Fi password is weak. It also tells you what devices are connected to the network, so in case you don’t recognize one of them you can do whatever you have to do to kick him out of the network.

It’s all about the FPS

Especially if you bought an expensive computer, you want to have as many FPS (Frames Per Second) as possible. FPS is a measurement of speed or performance of a game or computer system that is mostly based off the speed of the video card, CPU, and memory in a computer. Less than 30 FPS can be frustrating and 60 FPS is what we all want. If you have a computer ready for playing games and you unexpectedly realize that your games are not running at the expected FPS, it may be because another program is using a lot of resources in your computer. Fortunately, Avast is not one of them.

AV-Comparatives published their Performance Test Report last month, and Avast Free Antivirus was at the top of the list compared to 19 other solutions, most of them paid versions. Since Performance is one of Avast’s company pillars, we take pride in the fact that our products will not slow you down – and one of the most respected testing agencies around has confirmed that with their test.

No interruptions with Avast Gaming mode

Also, Avast has the Gaming mode for uninterrupted play, so any interruptions to your gaming won’t come from us! Turn on Gaming Mode to keep Avast so silent you won’t even know it’s there.

Mobile games are fun but can be harmful

Most of the games we know are for PC (56 percent) or consoles (53 percent), but the mobile gaming industry is growing really fast and will no doubt become as important as PC and console games. Gamers play on smartphones 36 percent of the time and other wireless devices 31 percent of the time. That’s something cybercriminals know and will try to take advantage of it. How?

Cybercriminals will create fake games to install malware in your devices and steal your personal information. It's already happened. Check out this post about malicious apps on Google Play.

But Avast Mobile Security scans all your apps and alerts you if one of them has malware on it. You can also check the permissions that the apps need so you can see what they are accessing. For example, do you think that a single player soccer game needs access to your images and your call history? Probably not. Avast Mobile Security will alert you.

What does gaming cost you?

The gaming industry uses psychological tactics to trigger addiction and more spending, but gamers can stay safe and sane with these tips.

Close to 50,000 Minecraft accounts infected with malware designed to reformat hard-drives and more.