There weren’t many hacks on this week’s episode of Mr. Robot, but we finally got some answers! We know why Tyrell hasn’t shown up yet this season and where Elliot has really been this season!

Elliot is struggling with the truth at the beginning of the episode and wants to know why Mr. Robot hid Tyrell from him. Mr. Robot gives in and reveals what happened at the end of season one in the former fsociety headquarter. Elliot shot Tyrell. 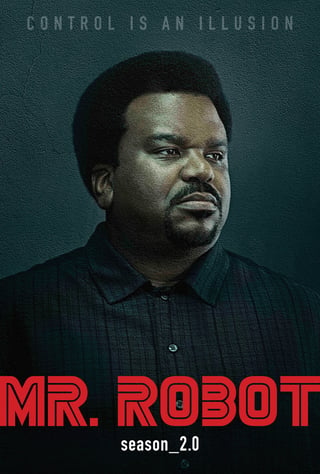 Back at E Corp, we see the rest of FBI agent Dom's visit with Angela. Clearly Dom is on to Angela, but Angela stays cool and shakes Dom in order to finish carrying out the FBI hack without having to resort to the rubber duck. It doesn’t to take long for the FBI to notice they have been hacked. When Dom turns to surveillance tapes to see what Angela was up to on the restricted floor where she set up the femtocell, the archive is corrupt.

Ray brings Elliot back to his office to finish the site migration. After Elliot works on the computer, Ray tells Elliot about how the site began. Ray explains that the site was his wife’s idea and that she, like Elliot, was good with computers. Both Ray and his wife weren’t fully aware of what was being sold on their site, they let the market dictate what was being sold.

Stefanie: Is what Ray told Elliot true? Could he really not have known about all of the dark and disturbing things that were being sold on the site he profits from?

Jaromir Horejsi, senior malware analyst: Yup, he really couldn’t have known if he never visited his own marketplace to check what was being sold. The business model of the black market Ray ran can be compared to that of eBay or Amazon. eBay and Amazon are both platforms where people can sell and buy stuff. Both services receive a small profit from each exchange, which is exactly how Ray made money from his black market site. He didn’t need to know what was being exchanged, he just made the platform available to people.

Ray then asks Elliot how much time he has and says he knew what Elliot would do once he was back at the computer. Elliot then explains to us that he decided to open the site to more than just TOR traffic and indexed the site on a few search engines, purchased a few ads and emailed the FBI an anonymous tip.

Stefanie: What does it mean to index a site on search engines?

Jaromir: Search engines have indexes of sites on the web. They use “spiders” that build a “web” of pages on the Web. Search engines then search their index for terms that match your search term. Google has a video that nicely explains this process. In this case, Elliot probably used some search engine optimization (SEO) tricks to get the site indexed and to appear further up on lists of search results.

At the end of the episode, Elliot confesses to us that he has been in prison all this time. It seems that Elliot is being released, probably as a reward for exposing Ray’s business.

While this episode cleared up two of the biggest questions I had for this season, we still don’t know what Elliot is in prison for. We also learned that Leon is connected to the Dark Army, but how? Will Angela get the files she is eagerly going after or will she be busted by the FBI?

What do you guys think? Let us know in the comments below!