How to identify fake news and prevent it from spreading.

While the internet is a wonderful tool for expressing your opinion instantly, it’s becoming increasingly apparent that people are quick to confuse opinions with hard, proven facts, thus spreading fake news. Many, many websites are fueled on attracting clicks as an almost blind reaction. Furthermore, have you ever shared a piece that you hadn’t even entirely read? When you decide to share, or “like” a story, you should maybe think twice about what it’s talking about and if it’s worth sharing. Our web is only as good as the content we put out and propagate.

Fake news: what the heck is it, actually?

Many people have been using the term fake news for the last few years, but do they actually know what it looks like? The term has been used so amorphously that it begs a more direct examination. Sensationalist fake news is often used to generate clicks onto a webpage to improve ad revenue. It has also been used to influence public thought. Though you would probably chuckle and dismiss the supermarket tabloids proclaiming the existence of bat boy, the internet can be a bit more subtle. What’s one to do when even reputable organizations like the New Yorker rely on satirical news columns to obtain knee-jerk clicks? By studying up a bit, humans can hopefully become more adept at spotting fakes online. Let’s check out a few fantastic examples of fabricated news flashes.

Was there a human head transplant?

No, indeed, there wasn’t, the Guardian reports. After Italian doctor Sergio Canavero claimed to be undertaking such an operation, stories about a successful head transplant circulated on various fake news sites. If you saw this item, would you click on it? Here you have a nice little nugget of fake news. 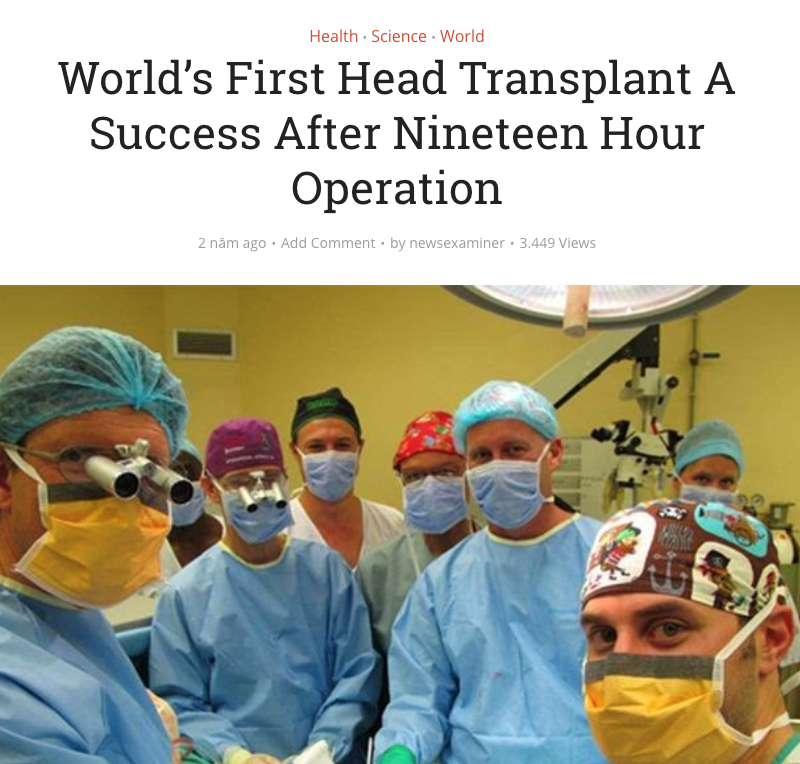 Some fake news is clearly preposterous, while some of it rests slightly closer to reality. In the wake of controversial quarterback Colin Kaepernick becoming the new face of a big Nike campaign, this item about MJ gained a lot of traction. Guess what? Politifact debunked it. 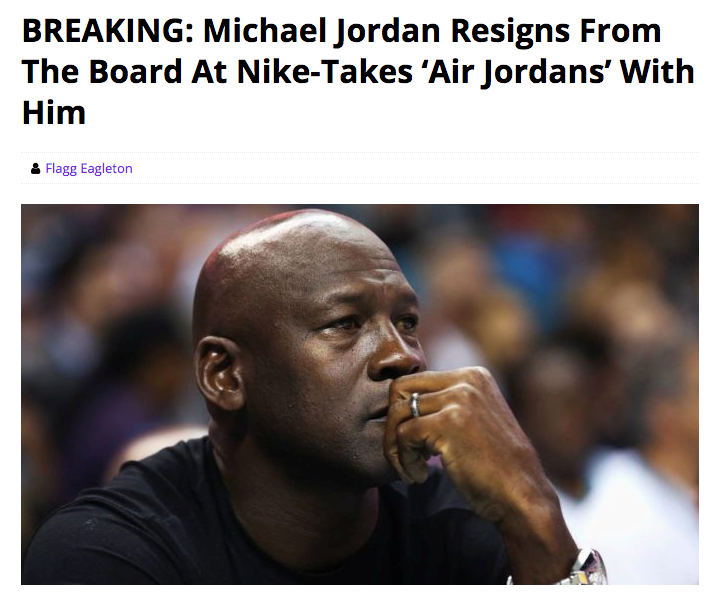 Sorry, gossipers, no she didn’t. But this item was even reported on mainstream Fox news. This is an example of the now notorious fake news that was propagated to influence the 2016 US election. 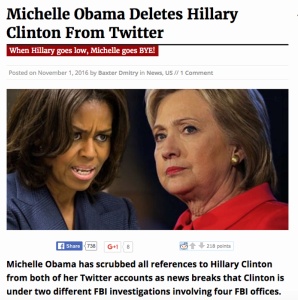 After the 2016 US election, much controversy arose over the role that the private company Cambridge Analytica played in influencing public opinion via social media. What happened here was not so much a “hack”, as was reported in the mainstream news, but a harnessing of information that users themselves gave (albeit mostly unwittingly) to Facebook. This led to the psychological targeting of people with ads that were more or less propaganda with a scant if any connection to reality. Fake news was shared across all age groups, but especially among those aged 65 and over.

Just as free speech can be used for good or ill, the increasing democratization of expression on the internet is also good and bad. Since the 2016 US election, many politicians have proposed legislation to limit election interference on the internet, i.e. fighting the spread of fake news. But as the 2018 Facebook hearings before congress demonstrated, many politicians struggle to fully grasp the beast of internet regulation. And as the 2020 US election race gets closer, the state of this fight remains insufficient. As Alexandre Alaphilippe of EU Disinfolab said, “They’re fighting tomorrow’s disinformation with yesterday’s tools.” The good news is that smart push-back can come from the bottom up. In short, the issue is twofold: you should be scrupulous about what you read online, and you should also limit the ways sites like Facebook can be used to psychologically target you. Learn more about Facebook settings here.

Here are some things to consider when you’re boogie boarding around the digital ocean and are confronted with a snappy item you may want to share.

If social media doth grow and prosper on the spread of compelling content, let that content not be false. We’re sure if the founding fathers were still around, they would’ve said something like that. While you don’t always have time to research everything you come across, if you can apply even a few of these tips, it should make for a better experience online. The online ecosystem can improve when people spread pieces that add value (such as this one, of course).