We tip our hats to all our dedicated programmers, in this Q&A with two of our software developers.

Today is National Programmer's Day! The Avast team values each and every one of our programmers, and we know that we wouldn’t be where we are today without them by our side. The hard work and accomplishments of our programmers, developers and UI team has helped Avast become the world’s most trusted mobile and PC security in the world, and that’s a lot to be proud of!

To celebrate today’s holiday, I’ve chatted with Jakub Janeček and Jan Gahura, two of our team’s software developers. Here’s what they have to say about life as a programmer at Avast.

Tell us how you first joined Avast’s software development team.

Jan: During my university years, I had the idea to write an email to a
(then) small company behind a well-known and free antivirus. At that
time, I didn't yet know anything about serious programming, but by some sheer luck, Avast decided to give me a chance. This was roughly 15 years ago. 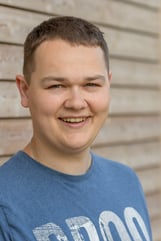 Jakub: I joined Avast nearly four years ago when I was looking for my first serious job. I had originally intended to pursue another opportunity but then decided to see where the role at Avast would take me. After joining the team and still not 100% sure about what the job would be like, I came to realize that Avast was actually a great fit for me. I was convinced of this mostly through the
enthusiastic people I met in the office and I have never regretted my decision since -- I still say that it was one of the best decisions I have ever made!

What does a typical day in the office look like for you?

Jakub: Coffee, programming, coffee, programming, coffee, programming -- you know, the usual! :) My typical workday usually starts quite early in the Avast canteen, where I meet more or less the same people (not many at that time). Then, I get a flat white and go to my computer to reply to the most immediate emails and to do some work while it’s still quiet in the office. Once things get busier, it’s an alternation between programming sessions, meetings and discussions with my colleagues. I also get a lot of laughs during the course of each day because there’s always someone

Jan: A large part of my daily tasks revolves around trying to find out why something doesn't work. A secondary, smaller part is thinking about the reasons why something else actually does work. The third, tiniest part is left to thinking about a good solution (or even the architecture of a solution), which is what I’d ideally like to be able to do all day!

Which famous computer hacker do you view as interesting and why?

Jan: I was never very interested in hacking and hackers. Nowadays, we don't have enough time to play around with a certain technology long enough to really be able to “hack” them. Yes, we do some hackathons here, but the meaning of the work "hacking" is more like "using tools and APIs without proper knowledge and/or with not enough time".

Jakub: I don’t know if I can call him a true hacker, but I really admire Martin Odersky, the creator of Scala programming language. He is a computer scientist and professor at EPFL who, besides other things, created my favorite programming language which I use every day. In my opinion, he is very smart, humble and an overall nice guy. On top of that, the work he has done is, to me, just amazing.

Jakub: Use your brain.

Jakub: Honestly, I’m not that much into keeping a “bucket list”, since I don’t think that is the way to go about one’s life. I have always had some goals which I was usually able to reach, mainly thanks to my beloved parents. Nowadays, I focus on my family -- the only thing I want is to enjoy my life with my wife and raise healthy, happy and bright kids.

Thanks, Jakub and Jan, for your responses and continued commitment to your work. To all the programmers out there, Happy National Programmer's Day from Avast!