Avast 2017 protects you from ransomware and other cyber threats 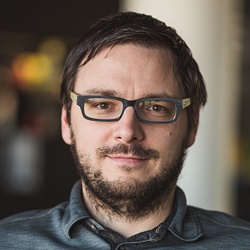 Avast 2017 is designed to combat today’s most prevalent threats such as ransomware and unsecured IoT home devices.

When two creative, technologically advanced teams come together to create something, the result is outstanding. That is exactly what has happened in the last few months since Avast acquired AVG Technologies. As the product manager for Avast 2017, it is with great pleasure that I tell you about our redesigned, next-gen security software. On behalf of the entire team, I can say with confidence that the Avast 2017 collection of products - Avast Free Antivirus, Avast Pro Antivirus, Avast Internet Security and Avast Premier - is the most lightweight, state-of-the-art protection that we have ever launched.

Here are some of the features that we you to know about:

In 2016, Avast identified more than 150 new strains of ransomware for Windows OS, and the Avast Threat Labs detected more than 28 million ransomware threats globally. Because of this growing threat, our combined teams decided to integrate an AVG behavior analysis technology we call Behavior Shield into Avast 2017.

Behavior Shield sniffs out suspicious behavior of any software running on your computer in real time. This is a powerful tool against ransomware because Behavior Shield can expose unknown samples of ransomware by looking at the behavior of the code as it executes. It then steps in, stops, and quarantines the threat.

Another cybersecurity prediction for 2017 is the rise of enslaved Internet of Things (IoT) devices. All those home routers, game consoles, baby monitors, smart TVs, and many other IoT devices are easily targeted because of well-known security vulnerabilities. In 2016, large botnets, like Mirai, were constructed from these unsuspecting devices and used for spamming, DDoS attacks, and mining cryptocurrency like Bitcoin for their masters.

Manage your passwords with ease

It’s a bad idea to reuse the same password over and over again, but we are all guilty of it because it’s so darn hard to keep up with them all. Not anymore! We redesigned Avast Passwords for PCs and Macs, so you can easily manage all your passwords and keep yourself secure. Your passwords are securely kept in one convenient location, locked behind a master password and when unlocked, Avast Passwords auto-fills the information into your online accounts.

Avast Nitro users will recognize CyberCapture, our proprietary, cloud-based smart file scanner. Avast 2017 has faster detection to identify and isolate unknown files on your machine and then determine whether they are harmful by analyzing them in real-time. Ninety percent of the samples that are CyberCaptured are resolved; the other 10 percent go to our Threat Labs where a real human does an ad hoc analysis.

Making it easier to do what you want to do

Many of our customers are gamers, and we listened to their suggestions when designing Avast 2017. The improved Avast Game Mode ensures zero interruptions during PC gaming. That means that all Avast notifications are muted and updates are delayed when Avast 2017 switches into Game Mode. Gamers, you know what that means - more bandwidth!

We have many advanced users who want the freedom to use utilities from competing companies alongside Avast. The new Avast 2017 Passive Mode shuts down our active shielding components and Firewall, to allow Avast and another antivirus to share the same system space without competing.

Avast SafeZone Browser is a secure alternative to standard browsers. It protects your privacy and data while also providing convenience, it blocks annoying ads and launches with Avast Password’s browser app pre-installed.

Securing your PC is complicated, but navigating the Avast user interface shouldn’t be. We put lots of thought into how we can make it easier for you to get in to the Avast 2017 dashboard, find what you are looking for, and get the results you want. I hope you like it.

Protect your computer and home router with Avast 2017

Avast 2017 combines the best of Avast and AVG. Avast threat detection network is now the largest in the world with a network of more than 400 million endpoints acting as sensors to detect and neutralize threats in real-time. Make sure you are protected by downloading Avast 2017.