Did Avast win the latest AV-Comparatives? 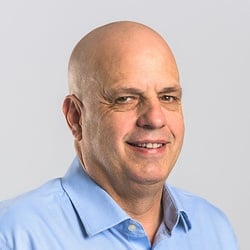 Did Avast win the latest AV-Comparatives?

AV-Comparatives is one of the most respected antivirus comparison tests in the world and is performed twice a year. The latest test results were published over the weekend and we did very, very well. Although they never name an overall winner, I think if they did do so, we would have been the overall winner. At a minimum we handily beat virtually all of the premium products. This time around 16 products were tested including Symantec/Norton, McAfee, AVG, Avira, and Kaspersky.

AV-Comparatives assigns each product one of four scores: A+, A, Standard, and Tested (a nice euphemism for failed). To get an A+ one has to have 97% detection and fewer than 15 false positives.

This time around, we were the only AV product to score in the top-5 in each category (and no, that does not mean we were 5th in each category). We were #5 in Detection, #2 in False Positives, and #1 in Speed.

So, were we the best overall? I think so. Check out the results for yourselves and make your own decision: www.av-comparatives.org. To find the report, click on the "On Demand Comparative August 2009" link near the top right of the page.